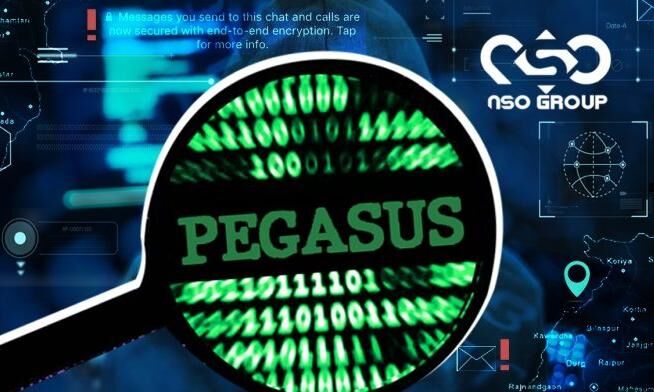 Another August 5 is drawing upon us. It was on August 5, 2019,that the Government of India abrogated Article 370 of the Constitution that granted special status to the erstwhile state of Jammu and Kashmir, dividing it into the territories of Jammu and Kashmir, and Ladakh. It was on August 5, 2019, that the bhumi pujan for the Ayodhya Ram Mandir had taken place.

This August 5, the Supreme Court of India will hear the pleas, including the one filed by senior journalists N Ram and Sashi Kumar, to conduct an independent probe into the case of alleged snooping on Indian citizens by the Pegasus spyware, developed and marketed by Israeli cybersecurity company NSO Group. The petition asks the court to order the Government of India to reveal whether it, or any agencies related to it, had used the Pegasus spyware to spy on Indian citizens.

India (and the world) stands at a crossroad unlike any witnessed before. The Pegasus Project tells us that the spyware could have been used to snoop on journalists, lawyers, human rights activists and others of various other nationalities too around the globe. It tells of a global surveillance where around 50,000 mobile phone numbers, critical to preserving democracy and democratic traditions in various countries, are believed to have been hacked in the same way. Paris-based non-profit collective of journalists called Forbidden Stories had released the list of leaked numbers,in collaboration with Amnesty International.

Although NSO will not share the names of its clients, there is a list of some 40 Indian journalists whose phones could have been hacked. They work in major Indian English newspapers such as The Hindu, The Wire, Indian Express, Hindustan Times etc. The list also includes the phone numbers of persons working in regional media as well as those of freelance journalists and columnists. These people have been of critical interest to the Modi government as they are the ones who were tracking vital corruption stories that went to the bottom of the government’s cosy relations with big national and multinational corporates. On the international level, the leaked list contains the mobile phone numbers of reporters at CNN, the Associated Press, The New York Times, The Wall Street Journal etc.

As part of the ongoing fracas and investigations that has been happening over the past 10 days due to this sensational reveal, French national agency for information systems security (Anssi) has yesterday confirmed that digital traces of Pegasus have indeed been found on mobiles used by three investigative journalists at the French investigative website Mediapart. So it is more than just a matter of mere suspicion now, that there is in fact a global bid for hegemony and it is not limited to individual nations.

“The Pegasus hack is a direct attack on communicational, intellectual and informational privacy,”reads the petition submitted by Mr Ram and Mr Sashi Kumar. The petition added that such mass surveillance by the nation is “an attempt to infiltrate, attack and destabilise independent institutions that act as critical pillars of our democratic setup.”

The SC verdict on Pegasus, whether the Indian government had indeed used the spyware to track India’s investigative journalists, human rights activists, Periyar-istactivists, politicians (including BJP men), cops, ex-Election Commissioners, bureaucrats – will determine our road ahead. However, the Bharatiya Janata Party, on its part, will leave no stone unturned to accrue as many decisive events on its side on a series of August 5s as it tries to create a new Hindutva history of the country.

In 2014, we exercised the electoral freedom to overthrow the Congress party. In 2024, will we be voting in a free India is the moot question as we move towards another August 5.

What Narendra Modi and Amit Shahhad pulled off in 2014 was no small victory. The National Democratic Alliance had 38.5% vote share and 334 seats (out of 543) in Parliament. With this bulwark of National Democratic Alliance MPs, the ruling dispensation started bringing in a series of Amendments to most earlier legislations that didn’t suit their Hindutva agenda.Every kind of opposition in Parliament was met with a volley of mockery and whataboutery by the NDA MPs. Demonetisation and GST, which put Indiansthrough a lot of economic hardships,happened during Modi’s first term as Prime Minister.

It was during this first term, in the year 2016, that the defense deal for the Rafale jets was signed by the then Defence Minister Manohar Parikkar and his French counterpart Jean-Yves le Drian in New Delhi. In FY 2017, there was a 311% increased allocation in India’s national security budget.It is now widely speculated, as per digital forensics, that it might have been in July 2017 when Modi visited Israel on a 3-day trip to commemorate the 25th anniversary of India-Israel diplomatic relations that the talks with NSO happened.

In the 2019 elections, the NDA vote share increased to 45% and the seat tally in Lok Sabha increased to 353.NaMo 2.0 changed gear in the race to dismantling even the last vestiges of democracy remaining in India. All around economic despair of the masses was drowned in competing fringe rhetoric. Freedom of speech was curtailed in proportion to Modi’s misgovernance and corruption. In budget allocation, welfare of the masses was sacrificed at the altar of national security. Lack of oxygen was an important cause for the 4,18,000 Covid deaths reported from India. During Covid too, National security was an alibi for every sort of speech repression. Manipuri journalist Kishorechandra Wangkhemwho spoke for science and against cow dung and cow urine-cure for Covid was booked under NSA.

Modi has certainly raised the prestige of India as an absurd illiberal ‘democracy’ on the global stage. The Right to Information Act (2005)is the latest law that is being decried and devalued by the PM’s people as it seems the government has plenty to hide.

The French NGO Sherpa’s complaints about corruption in India’s controversial 7.5 billion Euro-Rafale jet deal in 2016, has now led to an independent judicial probe in France. It’s a new phenomenon that when powerful governments,collaborating with commercial vendors of powerful software that has the potential to enslave large populations, conspire to anti-national practices against the people, civil society groups across national borders are coming together to alert against transnational economic crimes that impoverish multitudes (as done by Sherpa by filing for the judicial probe),and also to fight against a global takeover by fascist forces (as done by Forbidden Stories). Even the current President of France is snooped on as it was PM Modi who had pushed Dussault to partner with Anil Ambani’s bankrupt Reliance Defence in the Rafale jet deal.

When their phones are spied, the Pegasus list of journalists will have “nothing to hide” from the people. India’s spunky journalists refuse to say die and be silenced in the face of intimidations. Honest information coupled with political morality have certainly become a contraband item in India today.

(Leena Mariam Koshy is an independent writer based in Kozhikode, Kerala.)