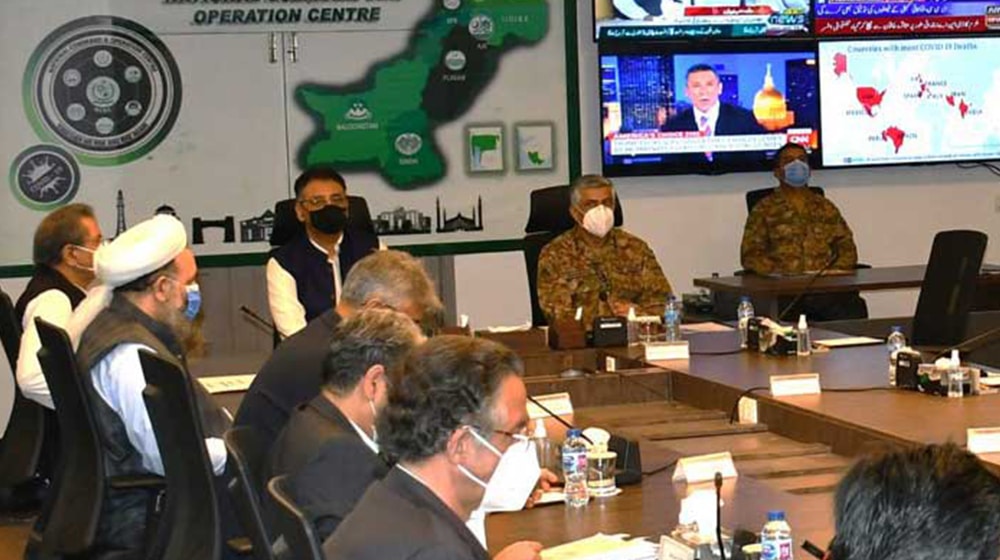 The National Command and Operation Centre (NCOC) has reinforced coronavirus restrictions in several major cities to control the spread of the coronavirus in the country.

In a press conference after the NCOC meeting on Monday, Federal Minister for Planning, Development and Special Initiatives, Asad Umar, said that the government is targeting the most affected areas to contain the spread of the virus.

Explaining the rationale for restrictions on indoor dining, Umar said: “Our administration was also saying that it was not possible to go and check every restaurant whether only vaccinated people were being allowed that is why indoor dining is being banned.”

Among other decisions, all commercial activities will be suspended by 8 pm instead of 10 pm in these cities.

Markets and shops will remain closed twice a week. The provincial governments have been allowed to decide the safe days.

Public transport will operate on 50% capacity to avoid crowding inside vehicles. Public and private offices will only be allowed with 50% capacity.

Weddings with a maximum of 400 vaccinated guests will be allowed. The forum has imposed a ban on processions and gatherings as well.