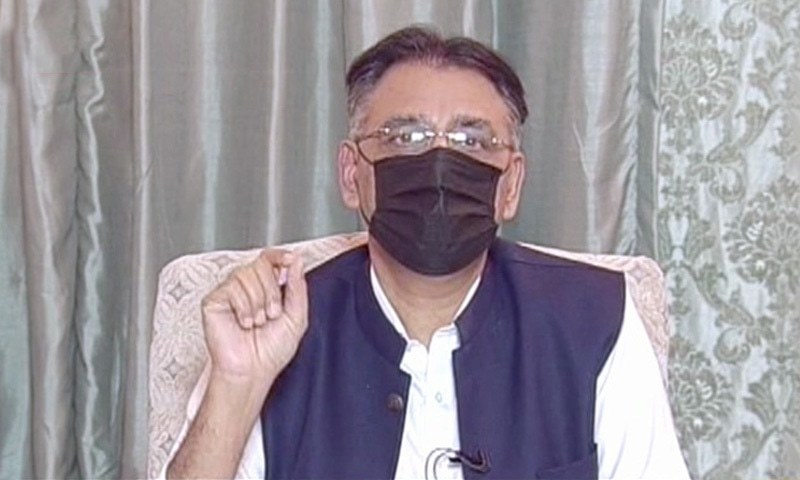 Federal planning minister Asad Umar on Monday announced revised restrictions for a number of cities as the fourth wave of the coronavirus continues its momentum in the country.

Addressing a press conference after a meeting of the National Command and Operation Centre (NCOC), he said the government took “targeted and staggered” decisions to curb the spread of the virus in order to minimise the impact on the poor sections.

He said the virus had spread rapidly in the past week, with Covid cases, positivity ratio and hospitalisations both witnessing a spike.

According to the minister, the latest decisions taken with the permission of Prime Minister Imran Khan would include:

The new restrictions, which will last from August 3 to Aug 31 will apply to Rawalpindi, Lahore, Faisalabad and Multan in Punjab; Peshawar and Abbottabad in Khyber Pakhtunkhwa; Karachi and Hyderabad in Sindh (after the current partial lockdown in Sindh ends on Aug 8); Islamabad; Muzaffarabad and Mirpur in Azad Kashmir; and Gilgit and Skardu in Gilgit-Baltistan.

The new restrictions come after the Sindh government instituted a province-wide partial lockdown on Friday from July 31 to Aug 8 due to the rising number of coronavirus cases.

The fourth wave of the pandemic has continued its upward trajectory in Pakistan, with 5,026 cases reported on Sunday in a 24-hour period — the highest number of daily cases in the country since April 29 when 5,112 infections were reported.

The latest surge is blamed on the Delta variant, originally detected in India some months ago, along with lax social attitudes and increased activity around Eidul Azha.