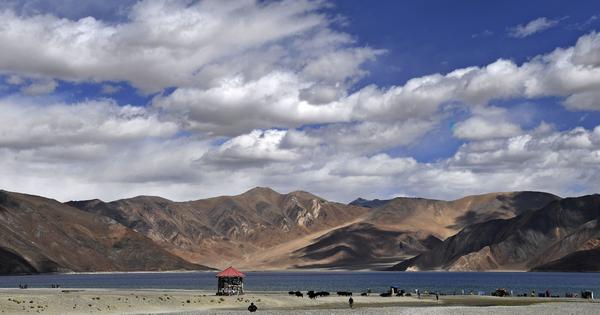 The Indian Army and the Chinese military have said that the 12th round of Corps Commanders meeting was constructive but they have not reached an agreement for disengagement at friction areas of Gogra and Hot Springs in eastern Ladakh, reported The Hindu.

“The two sides had a candid and in-depth exchange of views on resolution of remaining areas related to disengagement along the Line of Actual Control (LAC) in the Western Sector of India-China border areas,” a joint statement issued by the two countries said. “The two sides noted that this round of meeting was constructive, which further enhanced mutual understanding.”

India and China have been locked in a border standoff since their troops clashed in Galwan Valley in eastern Ladakh in June last year. Twenty Indian soldiers were killed in the clash. China put the number of casualties on its side at four.

The corps commander-ranked officers of the two countries had met on July 31 in Moldo on the Chinese side to hold the talks.

The statement also said that both sides have agreed to resolve the remaining matters swiftly and maintain the momentum of dialogue and negotiations. The two sides also agreed that in the interim they will continue their “effective efforts in ensuring stability along the LAC in the Western sector and jointly maintain peace and tranquility,” it added.

The July 31 talks lasted for around nine hours. This round of meeting was held after foreign minister of India and China met on July 14 in Dushanbe and the 22nd meeting of the Working Mechanism for Consultation and Coordination on India-China Border Affairs on June 25.

Officials had stated earlier that another round of Major General level talks was scheduled to be held soon after the 12th rounds of talks.

In the previous meeting on April 9, the two sides had discussed the withdrawal of troops from other friction points, after the completion of the disengagement process in Pangong Tso. However, days after the talks, reports suggested that China has refused to withdraw its troops from Hot Springs and Gogra Post.

Speaking on the discussions at the 12th round of talks, former retired Northern Army commander Lieutenant General DS Hooda said that the expectations of an early breakthrough were not very realistic.

“Coming after more than three months, it is good to see that the military commanders are meeting to exchange views,” Hooda added. “However, the differences between the two sides on the process and terms of disengagement are not going to be quickly reconciled. This will require extensive discussions, not only at the military but also at the diplomatic level.”

Talks between the militaries of the two countries began soon after last year’s Galwan Valley clashes. However, a breakthrough came only in February as Union Defence Minister Rajnath Singh informed Parliament about the disengagement agreement reached between India and China.

In July, a report by Business Standard claimed that Chinese and Indian troops clashed in Galwan Valley again. However, the Indian Army refuted the story as “false and baseless”.