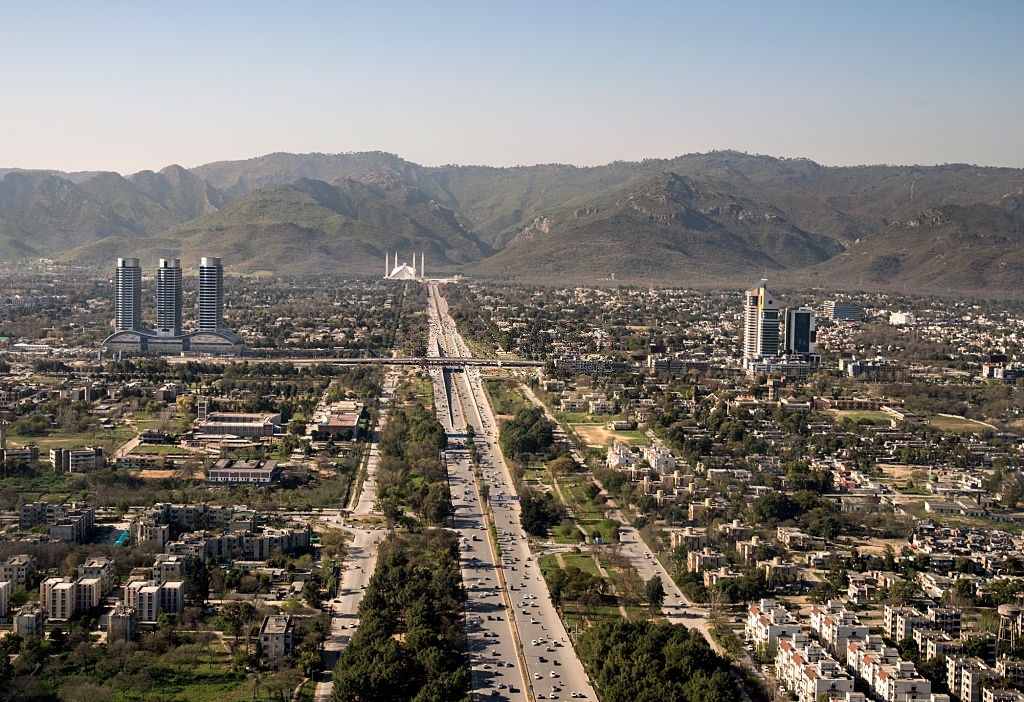 ISLAMABAD: On Sunday one of the world’s youngest capitals, Islamabad celebrated its 61st anniversary.

Build near the ruins of the world’s ancient city of Taxila whose history can be traced from early microlithic communities, experts believe the new city known for its greenery is, however, crumbling under population growth and mushrooming housing societies.

According to official statistics, the city has witnessed 100 percent population growth in the past 20 years. In the last census conducted in 2017, the Islamabad population was recorded as 2 million.

“Due to growth of population, construction of multi-story buildings, plazas, commercial centers, and societies have reduced the beauty and greenery of Islamabad city,” retired Brigadier Said Nazir, a resident of the city, told Anadolu Agency.

Many residents said the city was built on the pattern of the Turkish capital of Ankara merging hillocks and plains in the city’s design, with well-kept footbaths and wide roads.

“Islamabad and Ankara have a resemblance, both are beautiful and silent capitals,” said Shahid Ahmed, a resident of Islamabad.

Another resident Sabah Aslam, founder of Islamabad Institute of Conflict Resolution, said some million people have moved from other parts of Pakistan to live in the capital city. She said the city is still regarded among the most beautiful capitals in the world.

Prime Minister Imran Khan’s government has launched a plantation drive to save the city’s trademark.

“This is the first site in Islamabad where using the miyawaki technique. A jungle that normally takes 30 years to grow can grow in 10 years and also provides more oxygen,” said Khan.

The city was built in 1960 on a 906 square kilometre area on the foot of Margalla Hills. Till then Karachi, the port city and business hub of the country was the capital.

Nazir recalled that in 1957, the then government formed a commission to identify a suitable location for the capital of the newly born country.

“There were several reasons to shift capital from Karachi to any other place in the middle of the country. Karachi was not a suitable place for the national capital, as it was on the seaport, also an industrial hub while far away from northern parts of the country,” he said.

Further, Karachi used to be vulnerable to naval attacks and there was a need to find a safe and strategic place for the capital, said the retired military officer.

in 1959, Gen Mohammad Ayub Khan, who served as a military chief and president of the country from 1958-1969, had approved the commission recommendation to build the new capital near the Margalla Hills.

The location was also near Rawalpindi, where the Pakistan Army’s headquarter is located.

A Greek firm devised a master plan based on a grid system, with its north-facing the Margalla Hills. The city was divided into eight basic zones, administrative, diplomatic enclave, residential areas, educational sectors, industrial sectors, commercial areas, and rural and green areas.

“From civil and military, both point of view, the location was suitable because of good weather condition, lush green landscape, also very near to military headquarters while another point that capital could be developed where the dignitaries and the diplomates could live in an atmosphere, which is suiting them,” said Nazir.

Since the city does not have its own cultural roots, it gets deserted during long holidays.

“You can find only people of Gilgit-Baltistan and Chitral in Islamabad during Eid days while others prefer to rush to their home towns,” said Sher Ghazi, who hails from Gilgit.