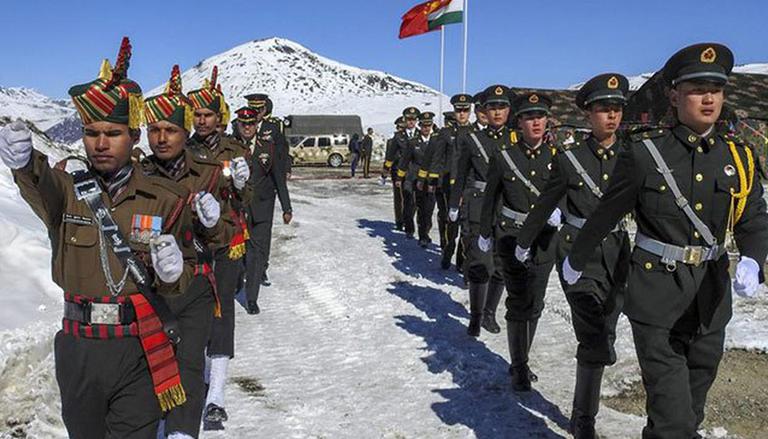 Calling the 12th India-China Corps Commander Level Meeting round ‘constructive’, the two countries through a joint statement on Monday asserted that the remaining issues in eastern Ladakh will be resolved in an ‘expeditious manner’. The meeting, which took place at the Chushul-Moldo border meeting point for over 9 hours, came following the meeting of the Foreign Ministers of India and the People’s Republic of China on July 14 in Dushanbe and the 22nd meeting of the Working Mechanism for Consultation and Coordination on India-China Border Affairs on June 25.

In the joint statement, the two countries asserted that their ‘candid and in-depth exchange’ relating to disengagement along the Line of Actual Control (LAC) in the Western Sector of India-China border areas was ‘constructive’. “They (India and China) agreed to resolve the remaining issues in an expeditious manner in accordance with the existing agreements and protocols and maintain the momentum of dialogue and negotiations,” the joint statement stated. “The two sides also agreed that in the interim they will continue their effective efforts in ensuring stability along the LAC in the Western Sector and jointly maintain peace and tranquillity,” the statement added.

Recently, China asserted that both PLA and the Indian Army have disengaged in the Galwan Valley region. Speaking at a seminar in which CPI’s D Raja and CPI(M) general secretary Sitaram Yechury participated on Wednesday, Weidong called for a “fair, reasonable and mutually acceptable solution” to the border dispute. China-India relations are significant to peace and prosperity of the region and the world at large, added Weidong.

On July 14, Jaishankar met Chinese Foreign Minister Wang Yi on the sidelines of the SCO Foreign Ministers’ meeting. Recalling their earlier meeting in September 2020, the EAM stressed the need to follow through on the agreement reached then and finish the disengagement at the earliest. Maintaining that prolongation of the existing situation was not in the interest of either side, he admitted that it has had a negative impact on the bilateral relationship. As per the MEA, Jaishankar clearly told Wang that unilateral change in the status quo is not acceptable.

The two countries’ foreign ministers have reached a five-point consensus on continuing dialogue and quickly disengage while honouring all existing agreements and protocol on China-India boundary affairs.  Over 11 rounds of military talks, the Chinese People’s Liberation Army has retreated from the Finger 4 area and Patrol point 14 along the LAC, while India pre-empted PLA activity on the Southern Bank of Pangong Tso Lake capturing positions of ‘strategic importance’ in the Fingers area. The disengagement is yet to be completed in friction points such as Hot Springs, Gogra, and Depsang. 20 jawans were martyred on June 5-6 amid a violent face-off between Indo-China troops at LAC’s Galwan Valley.