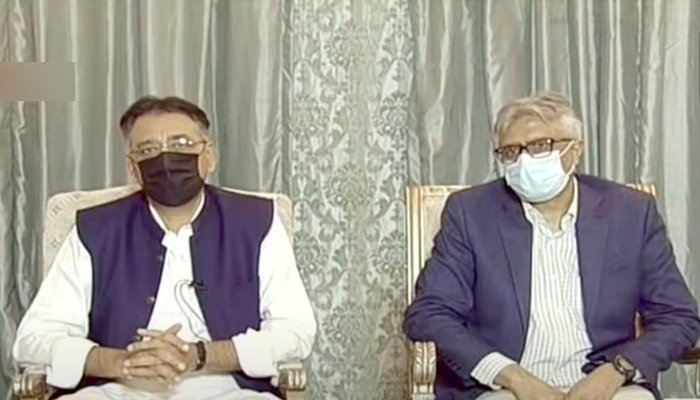 Federal Minister for Planning, Development, and Special Initiatives and National Command and Operation Centre head Asad Umar on Monday announced that restrictions would be imposed in the major cities of Pakistan to curb the spread of the coronavirus in the incoming fourth wave.

Holding a press conference in Islamabad alongside Special Assistant to the Prime Minister on Health Dr Faisal Sultan, the minister said that all the decisions were taken after the approval of Prime Minister Imran Khan.

These restrictions, which seem to follow a similar pattern as the ones imposed during the previous waves state the following:

In Punjab, restrictions will be imposed in Rawalpindi, Lahore, Faisalabad, and Multan; in Khyber Pakhtunkhwa, Peshawar and Abbottabad will have the new restrictions.

In Azad Jammu and Kashmir, restrictions will be imposed in Muzaffarabad and Mirpur, while in Gilgit-Baltistan, the new rules will apply to Gilgit and Skardu.

As for Sindh, Lockdowns are already in place in Karachi and Hyderabad, but after August 8, the NCOC’s new curbs will also apply, the minister said.

Meanwhile, Pakistan on Monday received another consignment of 1.5 million doses of the Covid vaccine from China.

As per details, 300,000 doses of CanSino and raw material for 1.2 million doses have reached Islamabad from China to strengthen Islamabad’s fight against the COVID-19.

The recent consignment of the vaccine has been purchased by Islamabad.

Moreover, INP reported that Pakistan will supposedly receive 3.5 million further doses of Covid vaccines from China within two days as the country has expedited its vaccination process in the wake of the fourth wave of the infection, sources said on Monday.

“The vaccines will be brought in two phases and the two million doses of Sinopharm is a gift from the Chinese government,” the agency reported, adding that the remaining 1.5 million was purchased by Pakistan from a Chinese company.

INP purported that Pakistan would also be receiving 300,000 doses of CanSino besides also getting raw material for 1.2 million doses.

It is pertinent to mention here that Pakistan has expedited the vaccination process in wake of the fourth Covid wave gripping the country and Federal Minister Asad Umar Sunday said that they have set another record after 10 million people received the jabs within 16 days.

Taking to Twitter to make the announcement, the NCOC head said that the country having a population of 220 million has inoculated 30 million people with the last 10 million being vaccinated in a record 16 days.