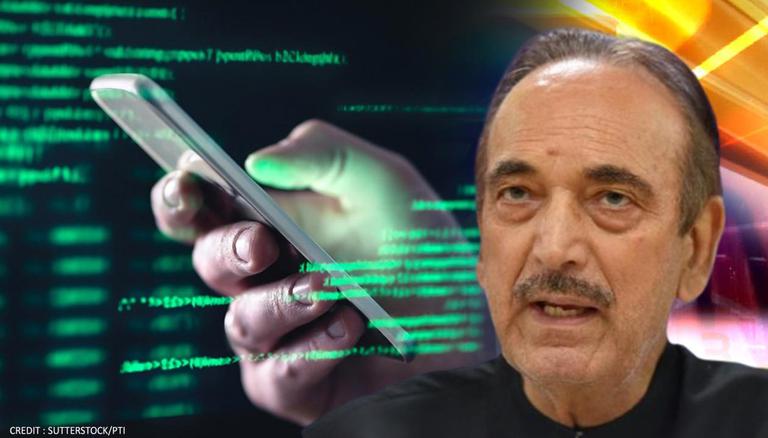 Amid the low productivity of Parliament due to frequent disruptions by the Opposition, senior Congress leader Ghulam Nabi Azad on Monday said that he is not bothered by the Pegasus ‘snoopgate’ row. He also urged the Opposition to move on considering the government’s silence as a signal of the Israeli software usage.

The Parliament has been plagued by many disruptions by Opposition since the beginning of the ongoing Monsoon session on July 19, resulting in low productivity. Till Saturday, the overall productivity of Rajya Sabha in the first two weeks was 21.60%, the government informed in a notification. Similarly, the Lok Sabha worked for about seven hours of the possible 54 hours.

Both the Houses have been witnessing repeated disruption and have failed to be prolific after Opposition uproar over Pegasus spyware, farmers’ agitation and inflation. Earlier, some media houses reported that several Indian phone numbers, including politicians, government officials, and journalists, were allegedly spied on through Israeli software Pegasus. Meanwhile, on Thursday, August 5, the Supreme Court will hear the petition filed by senior journalist N Ram and other of the alleged snooping row. The plea seeks an independent apex court-monitored into the Pegasus report.

In the press conference, Azad also demanded statehood for Jammu and Kashmir. “Beaurocracy is indoor work.  We demand a conclusion and wind up of this and provide statehood. And after giving statehood, legislative assembly elections should be conducted. We also want Kashmiri pandit all around the world to come back to us,” the Congress leader said.

The Indian National Congress said that the party will have to work hard in the 2024 general elections but he was confident that the grand old party will be re-elected in Punjab. Azad also believed that no front is being formed by West Bengal Chief Minister Mamata Banerjee.
=