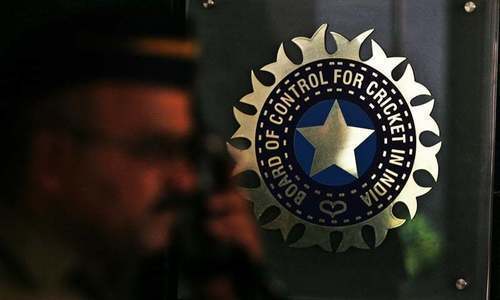 The Board of Control for Cricket in India (BCCI) on Saturday responded to allegations made by former South Africa batsman Herschelle Gibbs that it was trying to prevent him from playing the Kashmir Premier League (KPL) 2021, saying that the Indian board was “well within its rights” to do anything in the best interest of its cricketing ecosystem.

Earlier in the day, Gibbs had accused BCCI Secretary Jay Shah of threatening to deny him entry into India if he participated in the upcoming KPL 2021.

Reacting to the development, the PCB had issued a statement that it would “raise this matter at the appropriate ICC forum and also reserves the right to take any further action that is available to us within the ICC charter”.

Responding to Gibbs and the PCB, a BCCI official told Indian news agency ANI: “While one can neither confirm or deny the veracity of the statement made by a former player who has figured in a CBI (Central Bureau of Investigation) investigation into match-fixing earlier, the PCB must understand that even if Gibb’s statement is assumed to be true, the BCCI would be well within their rights to take decisions with respect to the cricketing ecosystem in India.

“The fact that the Indian cricketing ecosystem is the most sought after for cricketing opportunities globally, should not be envied by the PCB.”

The BCCI official said the PCB was “confused” and that allowing or disallowing anyone from playing cricket in India was “purely an internal matter” and no different than the restriction on Pakistani-origin players from participating in the Indian Premier League.

On the PCB’s intent to take up the issue with the ICC, ANI quoted the official as saying: “They are welcome to raise the matter at the ICC and one can understand where this is coming from but the question that they need to ask themselves is whether it is on account of government interference in their working since the prime minister of Pakistan is officially their patron as per their own constitution. It is time to consider whether this issue also ought to be raised at the ICC.”

The official rejected the PCB’s statement that the BCCI had “breached international norms and the spirit of the gentleman’s game” and called upon it to examine the ICC’s definition of “official cricket”.

The Kashmir Premier League T20 2021 is the first edition of the KPL. Of the six teams playing in the inaugural season, five teams are from Azad Kashmir while the sixth one is from outside the region.

The league is the second T20 competition arranged by the PCB after the Pakistan Super League and is set to play from August 6-17 in Muzaffarabad.