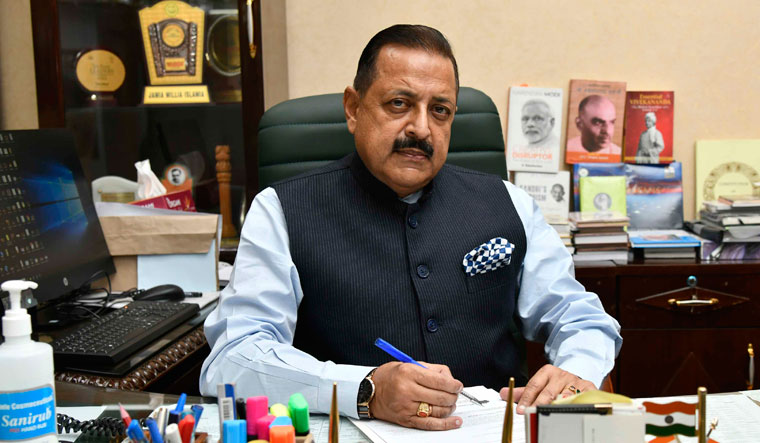 A schedule and a roster for the ministers will be prepared by the Centre in consultation with the Jammu and Kashmir administration, he said.

“Central ministers are soon going to start regular touring of the Union Territory of Jammu & Kashmir,” Singh, the Minister of State in the Prime Minister’s Office (PMO), said.

This experiment was carried out in January last year when 36 Union ministers visited the Union Territory over a period of one month and it had proved to be a very successful outreach exercise, he said.

Singh recalled that on the personal intervention and advice of Prime Minister Narendra Modi, a similar exercise has been successfully carried out in the Northeast for the last six years. For this a roster was prepared and eight ministers from the Centre were visiting the Northeast every fortnight, he said.

This meant that there was one Union minister visiting each of the eight northeastern states at least once in two weeks, he said.

Singh said as Prime Minister Modi gives high priority to peripheral regions like Jammu and Kashmir, Ladakh and the Northeast, it is his keen desire that a similar exercise on the lines of northeastern states should also be followed in case of Jammu and Kashmir.

He said a roster will be prepared depending upon how many central ministers would visit which district of Jammu and Kashmir, every week or fortnight.

During such visits, ministers can receive reviews of various projects related to their respective ministries and also get to know various issues pertaining to the district which they visit, said Singh, the Lok Sabha member from Jammu and Kashmir’s Udhampur constituency.

The Jammu and Kashmir administration will also be expected to prepare an itinerary for each of the ministers, keeping in mind the profile and requirements of the district being visited by him or her, he said.

The exercise undertaken in January last year, Singh said, had proved very successful but could not be carried forward because of the COVID-19 pandemic.

He hoped that the exercise which is going to be resumed once again will be carried on for a long term, in the same manner as it has been done the case of the Northeast.