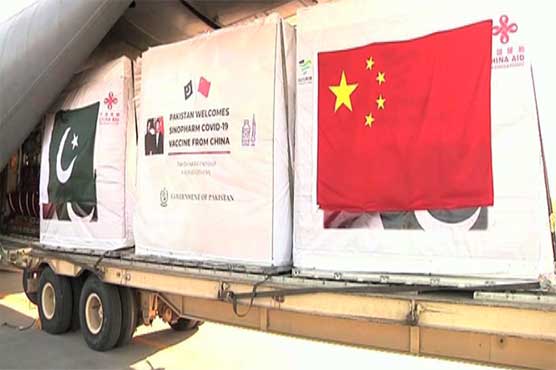 According to details, the Pakistani authorities have also purchased 1.5 million doses of CanSino vaccine from Chinese company.

Asad Umar, in a tweet, said that it took 113 days to reach 10 million doses while the next 10 million took only 28 days and it took only 16 days to jab another 10 million people to reach the 30 million milestone.

On the other hand, Pakistan has reported 40 deaths in the last 24 hours by novel coronavirus as the number of positive cases has surged to 1,039,695. The nationwide tally of fatalities has jumped to 23,462.

According to the latest figures issued by the National Command and Operation Center (NCOC), 4,858 persons tested positive for COVID-19 in the past 24 hours.

Punjab remains the worst-hit province in terms of deaths followed by Sindh and Khyber Pakhtunkhwa.