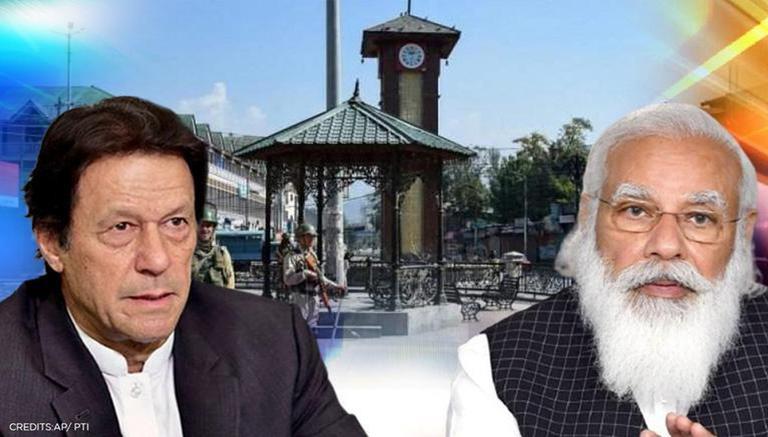 In an exclusive investigation, Republic Media Network on Sunday unearthed Pakistan’s ‘toolkit on Kashmir’, which the Imran Khan-led nation has prepared ahead of the 2-year completion of the abrogation of Article 370 on August 5. According to the details accessed by Republic TV, the ‘toolkit’ has been designed by Pakistan to mobilize global forces and lobby an anti-India agenda worldwide through the use of candle marches, protests outside Indian embassies across the world, and a massive Twitter storm.

India would be targetted and ‘gheraoed’ over the abrogation of Article 370 using both physical protests and social media handles of various agencies, as per the toolkit. The country is roping in scores of influencers, activists, NGOs, government agencies, and diplomats who would peddle the nation’s propaganda on Kashmir. A major part of Pakistan’s agenda is to also demand the release of ‘political prisoners’ in Jammu and Kashmir.

With Pakistan’s infiltration in J&K and its attempts to peddle terrorism onto the Indian soil being countered strongly by Indian security forces after the abrogation of Article 370, the country has resorted to unleashing disinformation campaigns across the globe in a desperate attempt to defame India.  Even as it continues to be listed on FATF’s ‘grey-list’ for terror funding repeatedly, Pakistan via its toolkit is attempting to paint a picture of ‘oppression’ in Jammu and Kashmir.

According to the details of the toolkit, a hashtag called ‘RedKashmir’ has been formulated for this disinformation campaign which will be launched on August 5, on the anniversary of the abrogation of Article 370. An organization named “Stand With Kashmir’ created in October 2019, immediately after the revocation of Article 370, is being used for this purpose. Its website is already ready with scores of material for the anti-India campaign ranging from pictures, videos, posters to others.

A part of Pakistan’s toolkit reads, “On August 5, 2021, activists around the world will turn their social media profiles ‘red’, post messages, posters, photos, and videos in solidarity with Kashmir. There will be a Twitter storm for Kashmir and petitions will circulate demanding the release of Kashmiri political prisoners. There will be candlelight vigils and in cities where prohibited by the pandemic, there will be public rallies including one outside the White House in Washington.”

The official account of the Government of Pakistan has already begun its Tweet storm as a part of this campaign using hashtags such as — ‘KashmiriLivesMatter’ and ‘IIOJK Under Seize.’ On July 29, the handle tweeted there would be no negotiations with India until it restores pre-August 5, 2019 status of J&K. This comes even as the country’s agenda of conducting polls in PoK was rejected by the civilians who rallied against the Imran Khan-led PTI and the Pakistan Army for ‘rigging’ polls in the region. Moreover, the country has now fielded a former Taliban terrorist for a seat in the PoK assembly.

The Narendra Modi government on August 5, 2019 revoked Article 370 which gave special status to the erstwhile state of Jammu and Kashmir. Both the upper house and the lower house of the Parliament approved the resolution abrogating Article 370 and Article 35 which paved the way for the bifurcation of the state into two union territories– Jammu and Kashmir and Ladakh