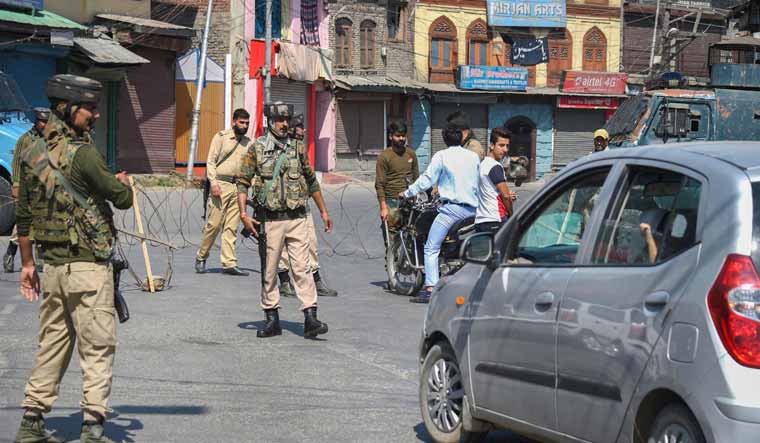 The Special Branch (CID-SB) of the Criminal Investigation Department of Jammu and Kashmir Police has directed all its field units to ensure that any person from Jammu and Kashmir who has applied for a government job or schemes is not involved in any activity “prejudicial to national security”.

Though the CID has already been making strict background checks of all applicants for passports, government service and schemes for many years, the fresh circular has suggested that verification by the CID will get even tougher.

Former chief minister Mehbooba Mufti and her mother, Gulshan Mufti, were denied passports by the Regional Passport Office in Srinagar after the CID gave an adverse report about the verification.

The Muftis had challenged the blocking of their passports in court, but in vain.

The CID circular has asked all its field units to specially verify whether the applicant is involved in violating law and order, stone pelting or any other crimes prejudicial to security of the state. “The same must be corroborated from the local police station records. Also, digital evidence like CCTV footage, photographs, videos and audio clips, quadcopter images available in the records of the police and security agencies be also referred to,” the circular said. “Any subject found involved in any such case must be denied security clearance.”

Mandatory security clearance for government jobs and passports is already in vogue in Jammu and Kashmir.

Scores of former militants, despite joining the mainstream, have been denied passports in Jammu and Kashmir.

Many people whose kin have been found involved in militancy have also been denied passports, including those who wanted to perform Hajj in Saudi Arabia, one of the fundamentals of Islam. Some were given passports after they moved court.

Those seeking government jobs will also have to disclose whether any member of the family or a close relative is associated with any political party or has participated in any political activity, or has any links with any foreign mission or any organisation or banned organisation like Jamaat-e-Islami.

In case of fresh verification of an in-service person from the CID, details of the person’s postings and promotions since the date of appointment would have to be furnished along with the details of spouse, children, step-children and siblings.