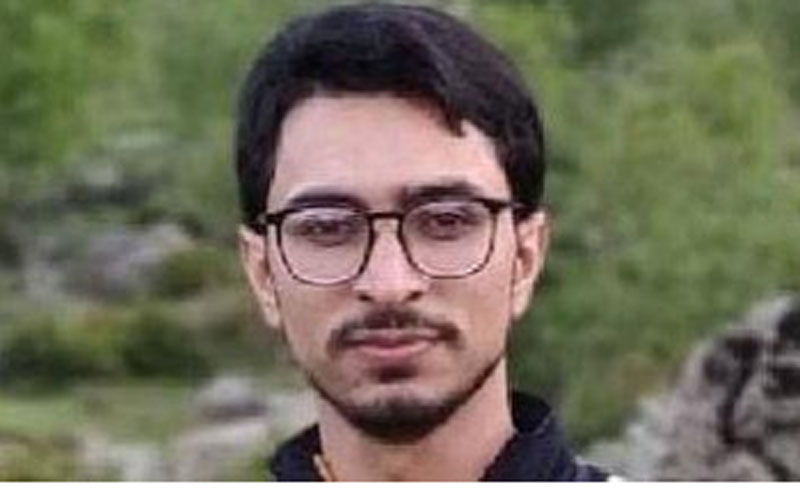 Srinagar: Nigeenpora village in Kulgam’s Kund valley has been in festive mood since Friday evening.

People from around a dozen adjoining hamlets have been making a beeline for the village to congratulate Tanveer Ahmad Khan, who secured All India Rank-2 in Indian Economic Services (IES) 2020.

“I was informed by a friend about the result yesterday evening. And since then my home has remained abuzz with the visitors,” says Khan.

Khan has created a history of sorts by becoming the first person from Jammu and Kashmir to have qualified the coveted IES exam.

Khan, a son of a labourer who pulls a rickshaw in Punjab during winters to scrape a living, had never thought that he would achieve this rare feat in the very first attempt.

According to Khan, it all started with a workshop in Kolkata last year where he was pursuing his M.Phil in Economics from the prestigious Institute of Development Studies.

“During the workshop, a friend informed me about Rathees Krishnan, who guides the IES aspirants and stays in touch with them on a whatsapp group,” said Khan.

According to Khan, he called up Krishnan and he added him to his whatsapp group.

“He told me that this time I should give it a try only so that I could get an idea about the examination,” said Khan.

Although Khan studied for at least 10 to 14 hours a day, he believed that 6 to 8 hours were sufficient to make it to the final selection list.

“I started preparing for it quite late that was why I had to study for so many hours,” said Khan. He said that he prepared for the mains in only 84 days.

He, however, added that he had worked hard during his Post Graduation in Kashmir University which later paid him off.

“It is important that one must know the nitty-gritty and must have a preparation strategy in place for the examination,” said Khan.

Khan had also qualified NET JRF during his post graduation. Besides preparing for the examination, Khan also worked on his M.Phil dissertation and submitted it recently