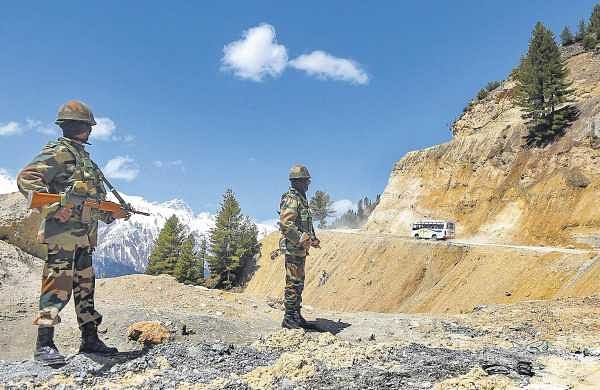 NEW DELHI: Amidst the environment of tension along the Line of Actual Control the Armies of India and China got a new telecommunication hotline link on Sunday which has been established in Sikkim and Tibet Autonomous Region.

“A new hotline was established between Indian Army in Kongra La, North Sikkim and PLA at Khamba Dzong in Tibetan Autonomous Region to further the spirit of trust and cordial relations along the borders. The event coincided with the PLA Day on 01 Aug 2021,” the Army said.

The inauguration was attended by ground commanders of the respective Armies and a message of friendship and harmony was exchanged through the Hotline, Indian Army added.

The Armed forces of the two countries have well-established mechanisms for communication at ground commander level. This is the sixth Hotline with two in Eastern Ladakh, two in Sikkim and two in Arunachal Pradesh.

The other five hotlines are established along the meeting points at the LAC which are five in total at Daulet Beg Oldi (DBO) and Chushul in Eastern Ladakh, Nathu La in Sikkim, and at Bum La and Kibithu in Arunachal Pradesh.

As the Army said, these hotlines in various sectors go a long way in enhancing communication and maintaining peace and tranquillity at the borders.

As reported earlier by this paper with the prevailing standoffs at eastern Ladakh since May 2020, there has been an increase in the communication between the PLA and the Indian Army in order to resolve the protracted tensions along the LAC which led to deadly duels in Galwan which claimed lives on both sides.

Other than talks at the various levels, the hotline was used extensively. There have been frantic talks which used to be up to five hotline calls in a day. “The Hot Line talks between May 2020 and till July have been 1450 times.” said an official.

Both the armies have troops deployed in standoff mode at Hotspring, Gogra, Depsang and Demchok. Disengagement took place at Galwan and from both the North and South Bank of Pangong Lake.

The last Corps Commander level talks were held on July 31 the details of which are yet to be known.