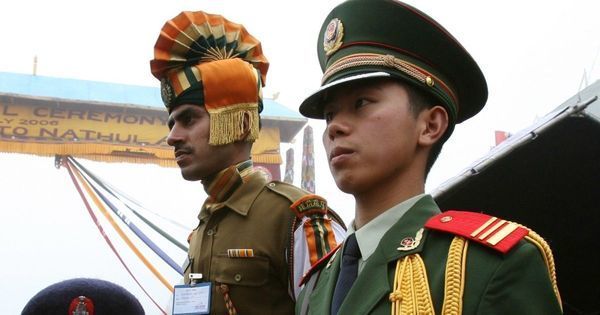 The Indian Army said on Sunday that a military hotline has been established with the Chinese side in north Sikkim to boost the spirit of trust and cordial relations between the two countries along the Line of Actual Control in the region, The Hindu reported. A hotline is a direct telephone line connection between two parties.

“The inauguration was attended by ground commanders of the respective Armies and a message of friendship and harmony was exchanged through the Hotline,” the Army said in a statement.

The hotline is between the Indian Army in Kongra La, North Sikkim, and China’s People’s Liberation Army at Khamba Dzong in the Tibetan Autonomous Region, the statement said.

“The armed forces of the two countries have well-established mechanisms for communication at ground commanders level,” the Army said, according to PTI. “These hotlines in various sectors go a long way in enhancing the same and maintaining peace and tranquility at the borders.”

India and China already have two military hotlines in eastern Ladakh – at Chushul and Daulat Beg Oldi in the Union Territory. In February, the foreign ministers of India and China had agreed to establish a new hotline to ensure a “timely communication” in the backdrop of the Ladakh stand-off.

The setting up of the hotline came amid a continued standoff between the two armies at various friction points in eastern Ladakh such as Hot Springs, Gogra Post, Demchok and Depsang Plains.

India and China had held the 12th round of Corps Commander talks on July 31 in Moldo on the Chinese side, according to The Hindu. The details of the meeting are awaited.

In the previous meeting on April 9, the two sides discussed the withdrawal of troops from other friction points, after the completion of the disengagement process in Pangong Tso. However, days after the talks, reports suggested that China has refused to withdraw its troops from Hot Springs and Gogra Post.

India and China have been locked in a border standoff since their troops clashed in Galwan Valley in eastern Ladakh in June last year. Twenty Indian soldiers were killed in the clash. China put the number of casualties on its side at four.

Talks between the militaries of the two countries began soon after the clashes. However, a breakthrough came only in February as Union Defence Minister Rajnath Singh informed Parliament about the disengagement agreement reached between India and China.

In July, a report by Business Standard claimed that Chinese and Indian troops clashed in Galwan Valley again. However, the Indian Army refuted the story as “false and baseless”.