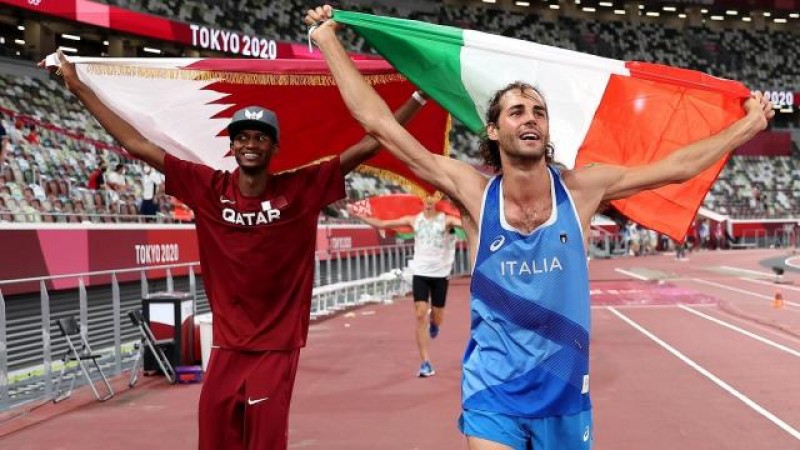 Tokyo Olympics 2020: Here on Sunday Qatar’s Mutaz Barshim and Italy’s Gianmarco Tamberi shared a rare Olympic athletics gold in the high jump here at Olympic Stadium. Barshim became Qatar’s first Olympic track and field champion. He beside Tamberi registered a best clearance of 2.37 metres. Both Barshim, 30, and the 29-year-old Tamberi did not have a missed attempt until they tried to clear the 2.39-metre mark.

Let us tell you that after three failures each at 2.39, both Barshim, 30, and the 29-year-old Tamberi ended up tied and entered a conversation with an Olympic official, about a prospective jump-off, but Mutaz asked immediately: “Can we have two golds?” but both athletes knew they were sharing it as they gripped hands and hugged for tremendous joy.

With this moment of unblemished history, they are the first joint Olympic gold medalist since 1912. “It is amazing. This is a dream I don’t want to wake up from. I have been through a lot. It’s been five years that I have been waiting, with injuries and a lot of setbacks. But we are here today sharing this moment and all the sacrifices. It’s really worth it now at this moment.” Barshim quoted to media.