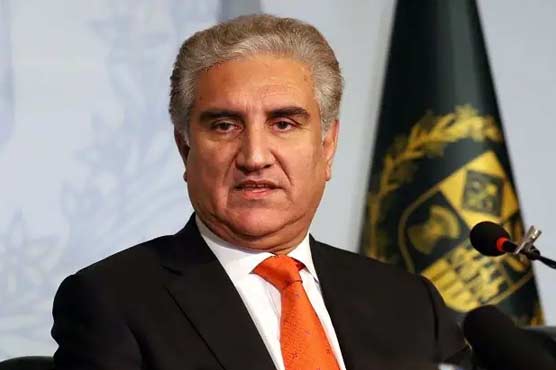 Speaking to the journalists in Multan on Sunday, the foreign minister said that the establishment of peace in the region is the first priority but India wants to disrupt regional peace.

FM Qureshi said that Occupied Kashmir and Occupied Palestine issues must be resolved to establish peace in the world. “Prime Minister (PM) Imran Khan is serving as the ambassador of Kashmir, Palestine and the Muslim Ummah,” he maintained.

He also said that the people of Azad Jammu and Kashmir (AJK) had rejected the PPP and PML-N in the recently held elections and had given a huge mandate to the PTI.

The minister further said that the PPP remembered the rigging after defeat in AJK’s elections, adding that the PPP had not candidates from 45 constituencies in Azad Kashmir. “We are facing many challenges including inflation and economy which our team is working hard to overcome these problems,” he added.