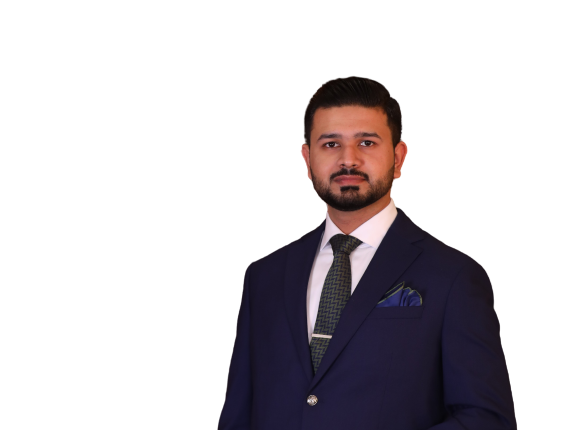 Last week, US Secretary of State, Mr. Anthony Blinken, was on his maiden visit to India. Much was said and done but nothing that we already did not know was coming. The usual platitudes and agreements to continue to strengthen the bonds of friendship between the US and India were already anticipated by commentators, including this scribe in these spaces. However, while in New Delhi, Secretary Blinken did one interesting thing that stands out. He met with a representative of the Dalai Lama as part of his civil society outreach. Secretary Blinken highlighted the significance of this move himself. When he shared pictures from the civil society ‘roundtable’ on his Twitter, there was a single picture that had only one of the participants – and that was a picture of Ngodup Dongchung, representative of the Dalai Lama and of the self-styled “government-in-exile” of Tibet based in Dharmashala, India.

Historically, the US has remained ambivalent on Tibet and has by measures tried to use it to pressure China. Briefly, the US has never officially supported Tibetan separatists as they have sought independence. Yet, at least in the 1960s, it began supporting Tibetan guerillas. This policy was soon reversed by President Richard Nixon, who wanted to meaningfully engage China. Later, the democrat president, Mr. Jimmy Carter, introduced human rights as a foreign policy tool to US external relations. Thereafter, the US has often used human rights issues to forward its global interests.

Over time, as Sino-US “strategic competition” developed, the US began infusing its China policy with considerations of human rights. Tibet, with a relatively small dissident group exhibiting separatist tendencies and already being sheltered by rival India, has featured prominently in the US calculus on China. President George H. W. Bush Sr. met with the Dalai Lama at the White House in 1991, consecrating a tradition of American presidents meeting with the Dalai Lama. This act is usually seen as an American effort to internationalize the Tibet issue, bring global attention to the same and, thereby, pressurize Beijing. Since then, the US has developed and deployed multifarious methods, diplomatic, legal and otherwise, to slowly increase pressure on China.

Secretary Blinken’s meeting with Mr. Dongchung is another link in the same chain. In fact, his boss, President Joe Biden, during his presidential campaign, had pledged to push China further on Tibet and meet with the Dalai Lama. His predecessor, Mr. Donald Trump, had remained the first American president since 1991 to not have met with the Dalai Lama. President Trump had reduced emphasis on human rights and had instead chosen to focus on a trade war with China. Now, thanks in no small part to the efforts of Secretary Blinken, the Biden-Dalai Lama meeting is to be expected soon. This means that Tibet should once again be expected to be front-and-center in Sino-US relations, as the latter joins Tibet with Xinjiang and Hong Kong to launch an intensifying offensive against Beijing.

It is hardly a surprise that US State Department’s human rights “country report” and “International Religious Freedom Report”, earlier this year, had omitted Tibet as a part of China. Here, whereas US officials, including President Biden and Secretary Blinken, continue to emphasize “meaningful autonomy” for Tibet, the threat is obvious. If it comes to it, the US can come out in open support for an independent and sovereign Tibet and begin supporting the independence cause.

For its part, India has been evolving its own Tibet policy, particularly since the advent of Prime Minister Narendra Modi on its national stage. A newly elected Mr. Modi had invited a top leader of the Dalai Lama-led dissident group to his swearing-in ceremony in 2014. Since then, India has slowly begun to become more vocal on Tibet. In a historic first, earlier in July, Mr. Modi had publically felicitated the Dalai Lama on his 86th birthday through his Twitter, after placing a rare telephone call to the same. He is expected to meet with the Dalai Lama later this year. At the same time, almost as if taking cue from Secretary Blinken, Indian civil society has begun to mobilize on Tibet. In fact, a so-called “Bharat-Tibet Sahyog Manch”, an umbrella body of Indian civil activists who apparently support an independent Tibet, has already announced a demonstration in Tawang in disputed Arunachal Pradesh territory. As irony would have it, this demonstration is to take place on October 20th, the 59th anniversary of start of Sino-Indian War of 1962, in which China liberated Aksai Chin region of Tibet from Indian occupation!

Anyway, it would appear that India is preparing to escalate hostilities in Tibet. Beyond threatening China’s south-western flank, India has a strategic interest in Tibet. Here, China maintains claims over Arunchal Pradesh territory that is presently controlled by India. Tibet borders Arunachal Pradesh territory as well as India’s “chicken neck”, or, the Siliguri Corridor, a thin stretch of just 22 kilometers that connects India’s six eastern states with rest of the country. An independent, or even a significantly autonomous Tibet, would add considerable distance between Chinese military and Indian controlled regions. Therefore, India seems now to be working in lockstep with the US to foster instability in Tibet and throw China off-balance. Thus, and by extension, Tibet should now be seen as a quickly evolving site of Sino-American strategic play against Beijing.

Interestingly, China seems to have had fore-knowledge of the Blinken-Dongchung meeting. Not only does it seem to have correctly anticipated the meeting, it also acted proactively and with considerable foresight. On July 23rd, China’s president, Mr. Xi Jinping, had landed in Tibet – less than a week before Secretary Blinken’s India trip. This was the first visit to Tibet by a Chinese president in 30 years.

While in Tibet, first, President Jinping visited Nyingchi, the site of a major Chinese military base that possibly includes missile batteries, and that is China’s closest major base to India-controlled Arunachal Pradesh. In doing so, President Jinping’s intent may have been to underscore to India that China would not only guard its interests in, and maintain complete control over, Tibet, but also to signal to India that it was not entirely secure vis-à-vis Arunachal Pradesh. Indeed, in one of his interactions with members of the Chinese military, he emphasized the need to “strengthen preparedness for future wars” and to focus on becoming “a formidable force”.
Next, in interacting with various regional cultural, government and development stakeholders, he underscored China’s developmental approach to Tibet as well as its continuing respect for the region’s unique culture and ecology. Here, China is developing, among other things, a string of airports, railway lines, highways, dams and power projects, not least of which is world’s largest run-of-the-river power plant on the Yarlung Zangbo River (called Brahmaputra in India and Bangladesh) with expected production capacity of 60 gigawatt. Thus, the message is clear. While US and allies try to destabilize Tibet, China is a force for good and, a force for development, progress and prosperity in the region.

Now, how the world views these two contrasting approaches to Tibet remains to be seen. However, we already know how India views this. Reading President Jinping’s signals, particularly the powerful military angle on disputed Arunachal, India possibly did not wish to betray its concern. Yet, buoyed by Secretary Blinken’s visit, potentially taking cue from the same, and encouraged by the ongoing Sino-American bonhomie on China, India knee-jerked a threat. Soon after Secretary Blinken left, the spokesperson for India’ external affairs ministry publically attacked CPEC, saying India does not accept Chinese trade routes going through Gilgit-Baltistan, a region it claims. Going one step further, it called upon Pakistan to “vacate” the territory. The message here being that if India cannot go after China in Tibet, then it will go after it in Gilgit-Baltistan. Not that India has necessarily been cowed by President Jinping’s Tibet visit. It appears that India is signaling that it intends to make up for China’s strength in Tibet by launching a flanking maneuver in Pakistan. Thus, a circle is completed and from Tibet, China, US and India matters come home to Pakistan. As regional geopolitics continues to become increasingly enmeshed, on our part, we should look north. The Indians are coming!