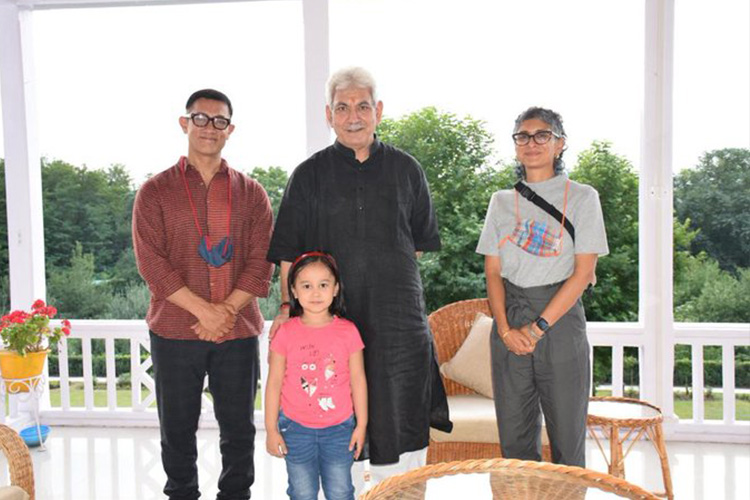 Sharing a picture on Twitter from his meeting with the former couple at the Raj Bhavan in Srinagar along with the caption that reads: “Met renowned film actor Aamir Khan and Kiran Rao today. We discussed new film policy of J&K, which will be released shortly. The discussion also focused on reviving J&K glory in Bollywood and making it a favourite film shooting destination.” 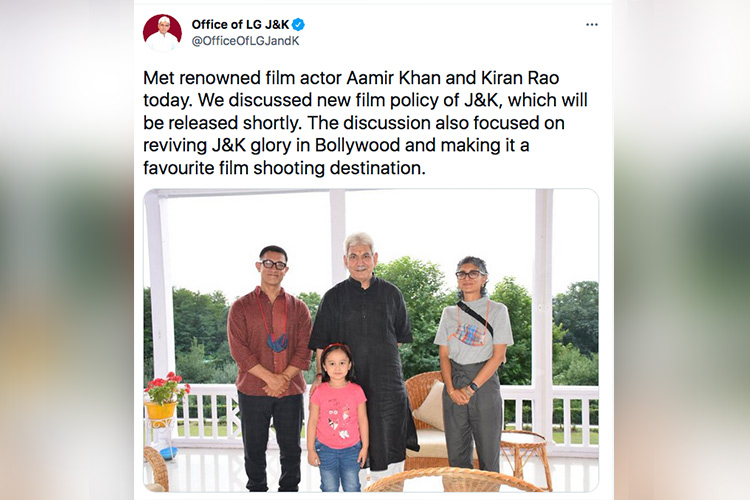 Khan is currently is in the Valley and visited Amar Singh college which is said that it is most likely for a recce for his upcoming movie Lal Singh Chadha.

Aamir announced the end of his 15-year-old marriage, amicably earlier in July.

The couple who have a son together, Azad, will be co-parenting instead of living like a couple, said the statement.