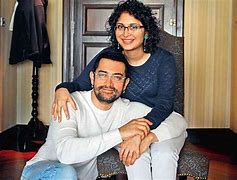 Aamir Khan and Kiran Rao met Jammu and Kashmir Lieutenant Governor Manoj Sinha on Saturday (July 31). Sinha took to social media to share a photo with the couple and also shared that they discussed making J&K a preferred shooting destination.

Aamir and Kiran wrapped up Laal Singh Chaddha’s shoot in Ladakh in mid-July. They have now moved to Srinagar where they are filming an important schedule of the film.

Laal Singh Chaddha is the Hindi remake of the Hollywood blockbuster Forrest Gump. The film starred Tom Hanks in the lead role. Forrest Gump released in 1994. Laal Singh Chaddha also stars Kareena Kapoor in an important role. Aamir plays the titular role in the film. The release date of the movie is yet to be announced.