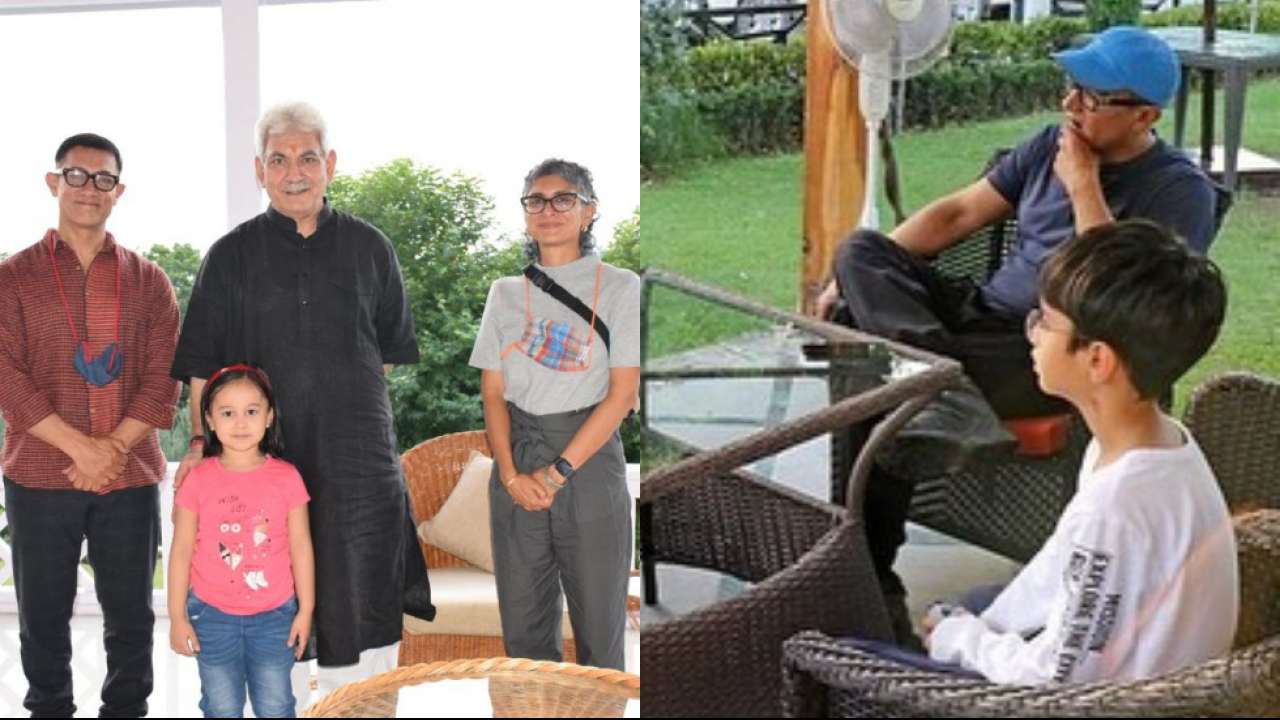 Aamir Khan and Kiran Rao arrived in Srinagar after shooting in Ladakh. They were accompanied by their son Azad. They met J&K Lt Gov Manoj Sinha and discussed the film policy of J&K.

The governor took to his Twitter and wrote “Met renowned film actor Aamir Khan and Kiran Rao today. We discussed new film policy of J&K, which will be released shortly. The discussion also focused on reviving J&K glory in Bollywood and making it a favourite film shooting destination.”

Aamir and Kiran also had tea with Srinagar’s Deputy Commissioner, Mohammad Aijaz Asad. Their kid was also present, according to photos shared on social media by fans.

‘Laal Singh Chaddha’ is the official Hindi version of Tom Hanks’ 1994 classic ‘Forrest Gump’ Viacom18 Motion Pictures and Aamir Khan Productions are behind it. The script was written by actor-writer Atul Kulkarni. The film is set to be released around the Christmas season of 2021.

For the unversed, Aamir Khan and Kiran Rao confirmed their split and published a joint statement on social media. They announced the end of their 15-year marriage and stated that they will continue to co-parent their son, Azad Rao Khan.

“In these 15 beautiful years together we have shared a lifetime of experiences, joy and laughter, and our relationship has only grown in trust, respect and love. Now we would like to begin a new chapter in our lives – no longer as husband and wife, but as co-parents and family for each other. We began a planned separation some time ago, and now feel comfortable to formalise this arrangement, of living separately yet sharing our lives the way an extended family does. We remain devoted parents to our son Azad, who we will nurture and raise together. We will also continue to work as collaborators on films, Paani Foundation, and other projects that we feel passionate about. A big thank you to our families and friends for their constant support and understanding about this evolution in our relationship, and without whom we would not have been so secure in taking this leap. We request our well wishers for good wishes and blessings, and hope that – like us – you will see this divorce not as an end, but as the start of a new journey. Thanks and love, Kiran and Aamir.