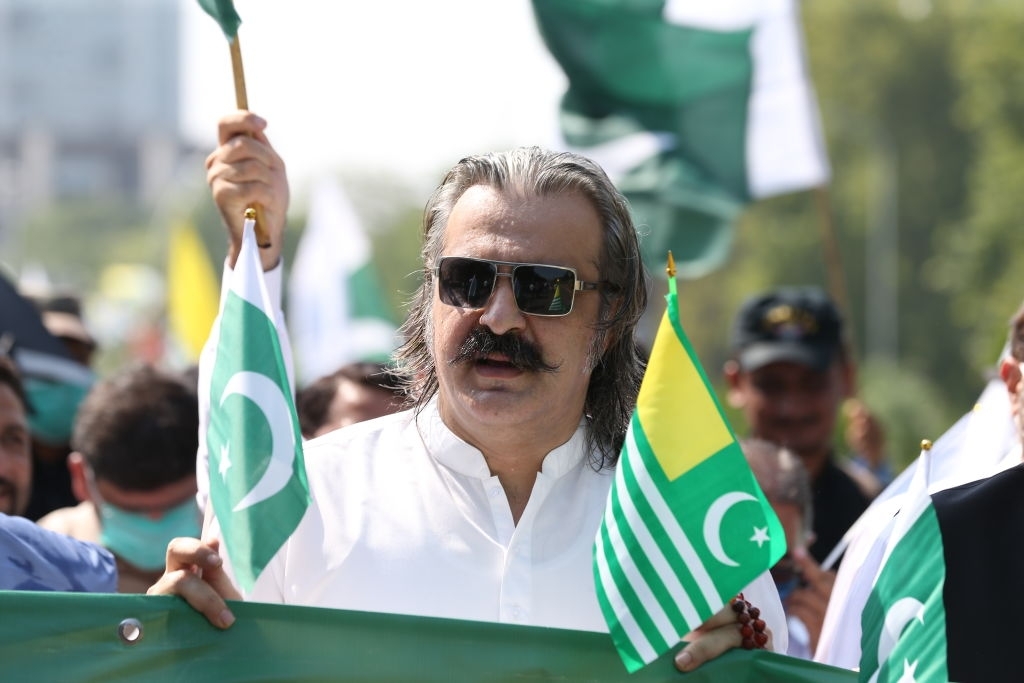 LAHORE: Pakistan Muslim League-Nawaz chief Shehbaz Sharif on Saturday deplored the “shameful language” used by Minister for Kashmir Affairs and Gilgit-Baltistan Ali Amin Gandapur against his niece Maryam Nawaz during a rally in connection with Sunday’s general election in the mountainous region.

“I have a lot more to say [about Maryam] but I will only say this to her that if we come to slap, then you will get slapped so much that your [real] face will be uncovered from the Rs80 million [cosmetic] surgery you have done from our [tax] money,” he said.

Responding to the remarks, Sharif, in a tweet, regretted that the language used was “not only violent but also deeply misogynist”.

Disgusted by the shameful language Ali Amin Gandapur has used against Maryam Nawaz. His words are not only violent but also deeply mysoginist. Just imagine that people with this mindset have been given the responsibility to govern a country of 220 million people.

“Just imagine that people with this mindset have been given the responsibility to govern a country of 220m people,” he said.

Meanwhile, PML-N legislator Hina Pervaiz Butt, submitted a resolution in the Punjab Assembly, asking Gandapur to apologise and tender his resignation for resorting to unsavoury language against his political opponent.

The resolution said the minister’s tirade was “simply intolerable”.

“After the character assassination of political opponents, jailing them on one pretext or the other, now the Pakistan Tehreek-i-Insaf government ministers have stooped down so low that they are getting personal in their speeches,” it declared.

“Gandapur’s statement is creating resentment in the PML-N youth [supporters]. Therefore, not only the minister should offer his apology to PML-N vice president but Prime Minister Imran Khan should also remove him from his post immediately.”