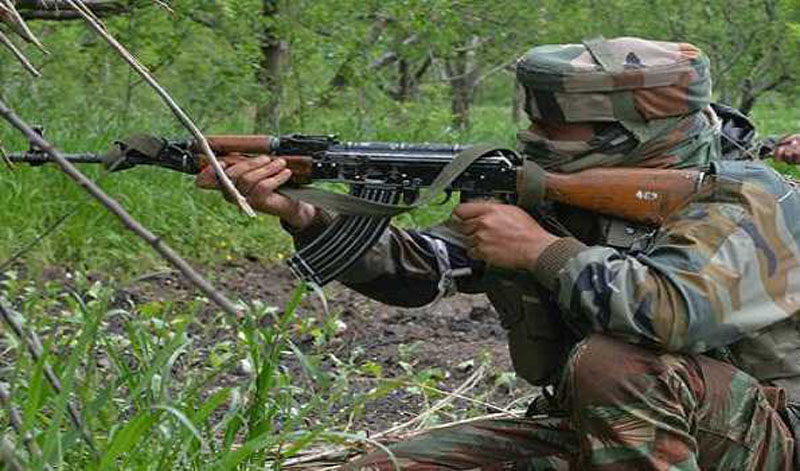 Srinagar/UNI: Two unidentified militants were killed and one Army jawan was injured in an encounter in Jammu and Kashmir’s Bandipora district on Saturday, official sources said.

Troops of 13 and 14 Rashtriya Rifles (RR), Special Operation Group (SOG) of Jammu and Kashmir police and CRPF launched a joint Cordon and Search Operation (CASO) in Shokbaba forest Sumblar in Bandipora early this morning following a specific information about presence of militants.

When the security forces were moving into the forest area, the militants hiding there opened indiscriminate firing with automatic weapons, a police spokesman said. Security forces also retaliated ensuing in an encounter in which two militants have been killed so far. The identity of the slain militant was being ascertained, he said.

A defence ministry spokesman said this afternoon that one Army jawan was injured who was evacuated to hospital.

Earlier media reports that three Army jawans were injured was in correct, he said.

The operation was still going on when the reports last came in, they said.