Prime Minister Imran Khan-led Pakistan Tehreek-e-Insaf (PTI) is seen as favourite party in Azad Jammu and Kashmir (AJK) to win the upcoming elections in the region, according to a survey conducted by Gallup Pakistan.

As per the survey’s findings, 44 per cent in AJK think that the PTI will win the election on July 25 while 12 per cent say the Pakistan Muslim League-Nawaz (PML-N) and 9 per cent believe that the Pakistan Peoples Party (PPP) will form the next government. 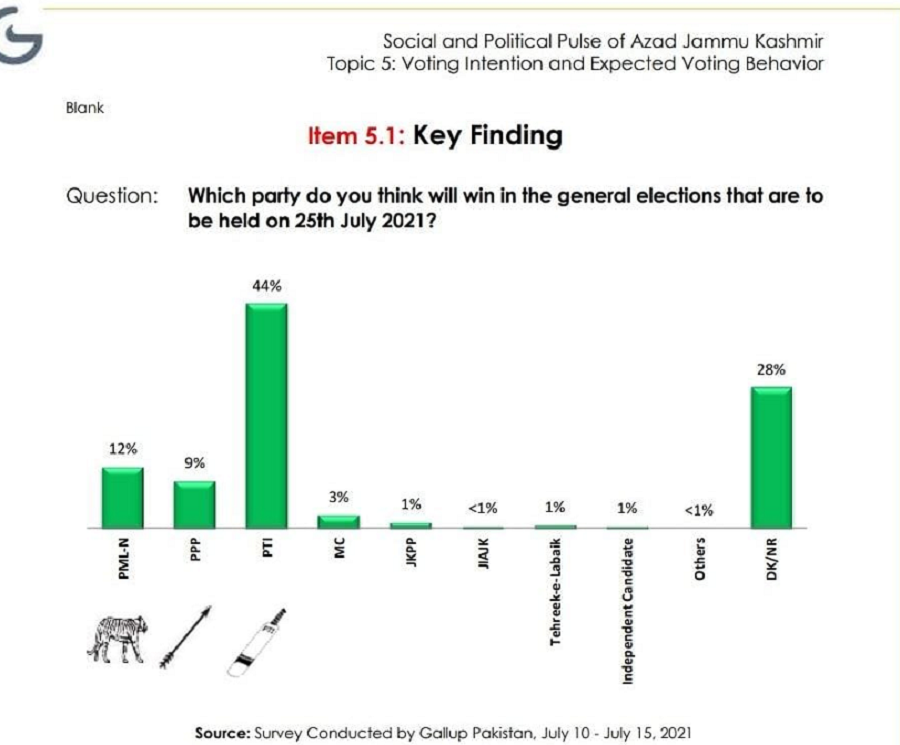 Over 500 people participated in the survey and all 10 districts of AJK were covered, Gallup said in its report.

According to the survey, PTI Chairman and Premier Imran Khan emerged as the “most trusted” political leader in the survey. Sixty-seven per cent respondents expressed a positive rating about him as leader. 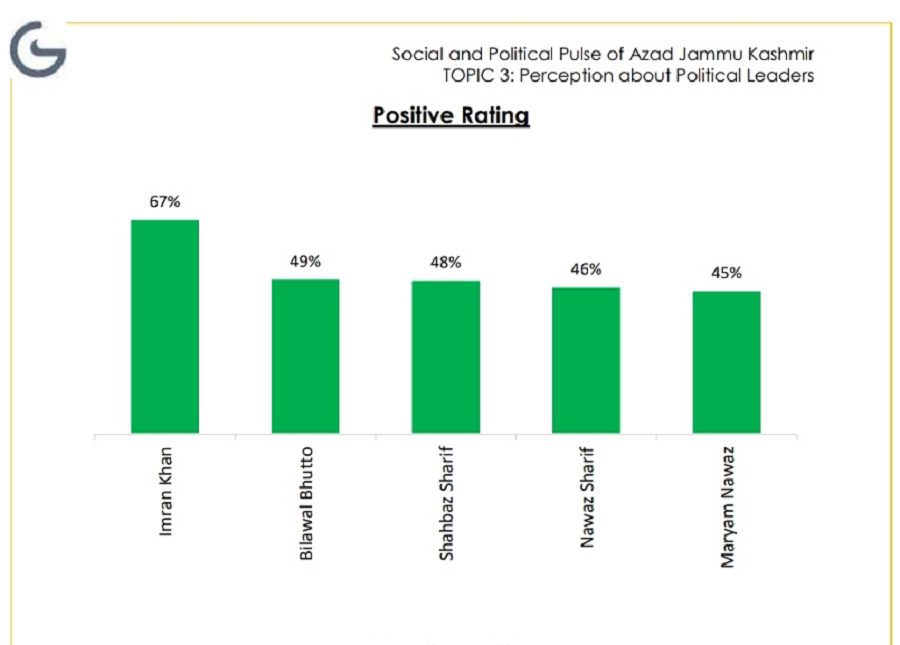 The survey said 94 per cent respondents are likely to vote in the upcoming election while 6 per cent have no intention to vote.

53 per cent respondents in AJK believe that the elections will be free and fair. 30 per cent think that they will not be transparent while 17% are unsure.

Over 3.2 million voters are set to elect the 53-member assembly of AJK for a five-year term on Sunday.

More than 700 candidates from 32 political and religious parties are contesting for the 45 general seats. Out of the rest eight reserved seats, five are for women and three seats, one each for religious scholars, technocrats, and overseas Kashmiris. The members for these seats are nominated after the elections.

Out of 45 general seats, 12 seats are reserved for Kashmiri refugees who had migrated from Indian Illegally Occupied Jammu and Kashmir (IIOJK) in 1947 and 1965 and are settled in various parts of Pakistan. Therefore, in the 10 districts of AJK, elections will take place on 33 seats only.

Out of 700 candidates, only 20 women candidates are contesting elections from general seats.