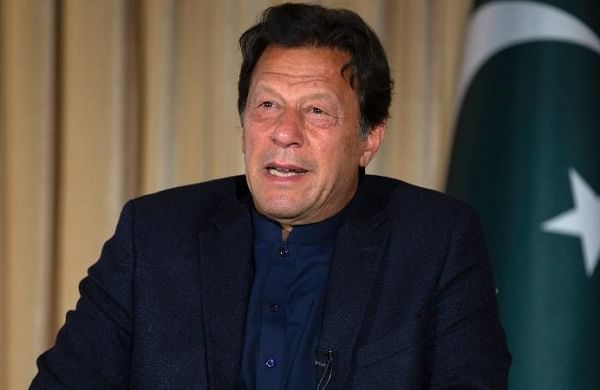 TARAR KHEL: With Pakistan-occupied Kashmir (PoK) elections drawing near, Pakistan Prime Minister Imran Khan has been making tall promises every other day in a last bid effort to woo voters, amid lacklustre support to his party.

Khan on Friday said he hoped for a referendum for the people of Kashmir to find out if they want to join Pakistan or want an independent state. This comes as calls by locals in the region for basic facilities including gas supply, pothole-free roads grow louder.

Instead of debating on local issues, Pakistan Prime Minister has chosen to contest elections by targeting Indian leadership on the Kashmir issue. Addressing an election campaign rally in Tarar Khel, Khan rubbished talk of him wishing to turn Pakistan-occupied Jammu and Kashmir into a new province of Pakistan, Geo News reported.

“But what I want to make clear now, is that in 1948, there were two United Nations Security Council resolutions which granted the people of Kashmir the right to decide their own future. According to the UN resolutions, the people had to decide whether they want to join Hindustan or Pakistan,” he said

“I want to clarify to all of you today. InshaAllah, a day will come, when all the sacrifices made by the people will not be wasted. God will grant you that right. There will be a referendum, InshaAllah,” he added.

Meanwhile, locals in the region are seeking basic facilities including gas supply, pothole-free roads and a share in power projects in the area. The majority of regions in PoK are struggling without gas pipelines, forcing people to rely on cylinders or wood for cooking.

The region also experiences load shedding, although there are several big and small power stations dotting the area, producing over 2500-megawatt power. Residents of the region also complain that the electricity from Mangala Dam and other power projects are transported to Pakistani cities.

The country’s federal government is unable to provide people in the locality access to basic facilities. Moreover, in PoK the room to express a political stance other than for accession to Pakistan is limited. An electoral law, for example, requires all candidates for the legislative assembly of the autonomous PoK government to swear an oath to support accession to Pakistan.