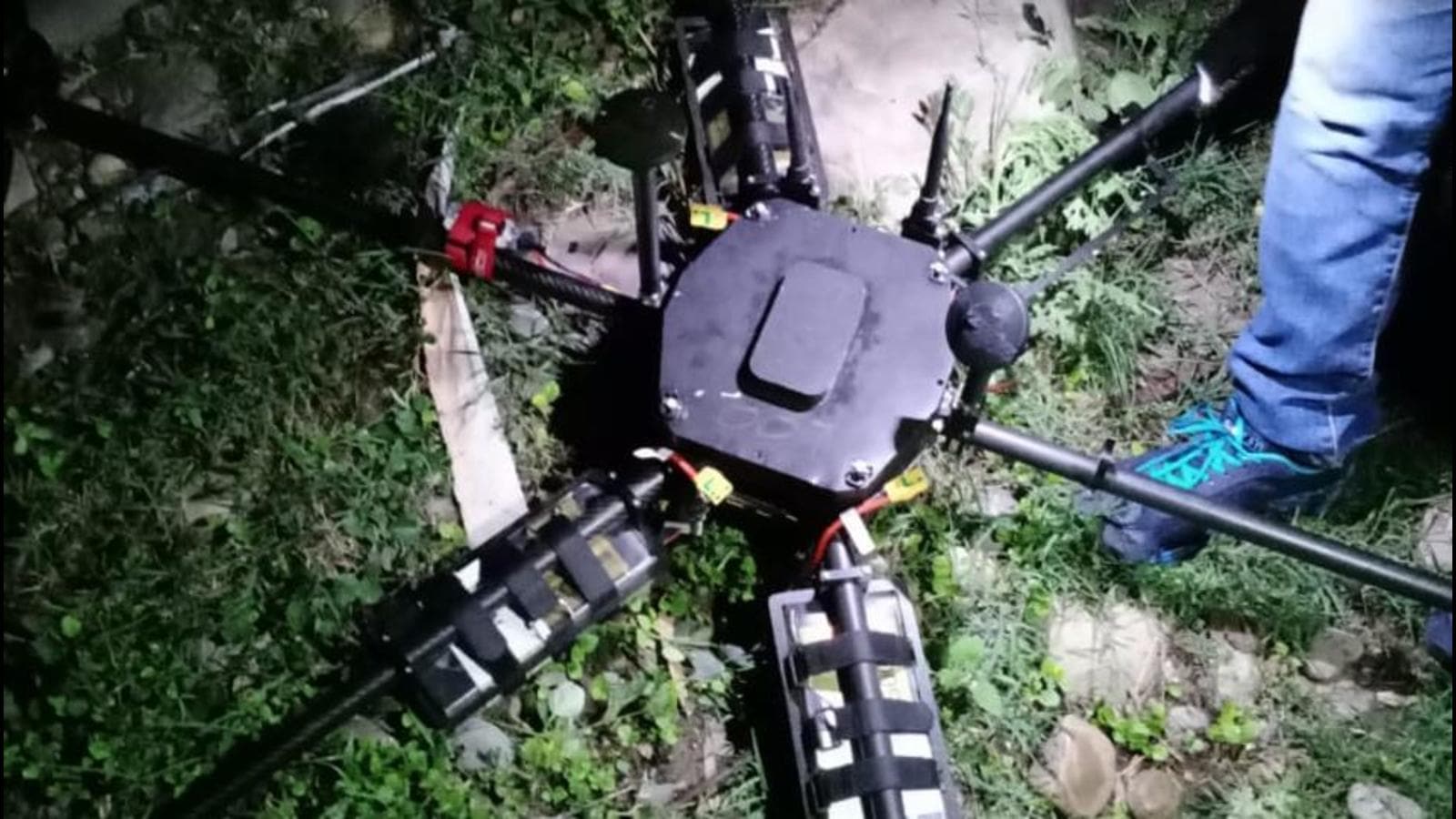 A Pakistani drone carrying an “almost ready to be used” five-kilogram Improvised Explosive Device (IED) was shot down at Kanachak near Jammu on Friday, police said. The design of the string used in such drones to drop the payload and “threads” recovered from the crater caused by the explosion at the Indian Air Force (IAF) station in Jammu on June 27 are the same, they added.

“We have recovered the same threads and it is now confirmed that a similar drone had dropped the payload at IAF station,” said Mukesh Singh, an additional director general of Jammu and Kashmir police.

The June 27 attack, which left two personnel injured, was the first such instance of suspected Pakistan-based terrorists deploying unmanned aerial vehicles to strike at vital installations in India. The National Investigation Agency is investigating the case. Drones have been repeatedly spotted in the region since June 27.

“Thursday night, we got specific inputs of terror outfit Jaish-e-Mohammad dropping some payload via a drone in Akhnoor sector. We acted swiftly upon the input and laid an ambush. Around 1 am, a police team shot down a drone, well packed with five kg IED, which was almost ready to be used,” said Singh. He added only a wire had to be connected to detonate it. “Preliminary analysis of the drone revealed that it was a hexacopter with six wings and a flight controller and GPS.”

Singh said there is a difference of a digit between the flight controller serial number of the drone shot down on Friday and that of another brought down a year ago in Kathua’s Hiranagar sector. “It establishes beyond doubt that the terror group has procured many flight controllers with similar series for the purpose of installing them in drones.”

On June 20 last year, the Border Security Force shot down a Pakistani hexacopter carrying a cache of arms and ammunition in Hiranagar.

Singh said the drone shot down in Kanachak was assembled with parts made in China, Hong Kong, and Taiwan. He added these drones can travel up to 20 kilometres with a payload of 10 to 12 kg. The aerial distance between the place where the drone was shot down and the border is about six to seven kilometres.

Security forces have fired at several drones since June 27, but this is the first time that police have shot down such a flying object carrying a payload. There have been several incidents of Pakistan-based terrorists using drones in the border areas of Jammu and Kashmir to drop arms, ammunition, drugs, and money to fuel terrorism in the region. Over 325 drones have been sighted along the border with Pakistan since 2019.