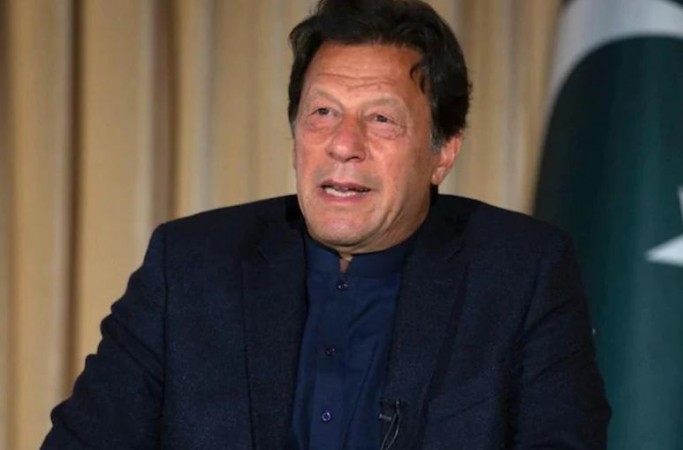 Islamabad: Pakistan PM Imran Khan has again invoked Kashmir raga. Aside from Pakistan’s old policy on Kashmir, Imran Khan on Friday said Islamabad will allow the people of Kashmir to decide whether they want to come with Pakistan or become an independent nation. However, India has always been bluntly saying to the world and Pakistan that Jammu and Kashmir are an integral part of it and will continue to be so.

According to the report, Imran Khan had arrived to rally at Tarar Khal in Pakistan Occupied Kashmir (PoK). Here’s the election on July 25. Imran Khan has also denied claims by a prominent opposition leader that his government is working on a plan to make Kashmir a province of Pakistan. Imran Khan’s statement comes after Pakistan Muslim League Nawaz (PML-N) leader Maryam Nawaz’s statement. Maryam said at a PoK rally on July 18 that a decision has been taken to change the situation in Kashmir and make it a province.

On the other hand, rejecting the statement, Imran Khan said, “I don’t know where all these things have come out of. Imran Khan said that a day will come when Kashmiris will be given the freedom to decide their future as per the united nations (UN) proposals. I am sure the people of Kashmir will decide to join Pakistan that day,” he said.