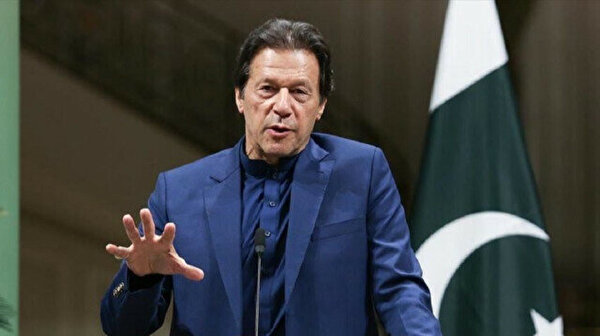 Prime Minister Imran Khan said Friday that Islamabad will allow Kashmiris to decide whether they want to live with Pakistan or remain independent, even after holding a UN-promised plebiscite.

More than 3.2 million voters are going to elect the 53-member regional assembly to a five-year term in elections scheduled for Sunday.

There will be direct elections on 45 seats, while eight are reserved for women, technocrats and religious scholars.

Khan’s remarks are in contrast to Islamabad’s traditional stance, which sees the implementation of UNSC resolutions as the only solution to the long-smoldering Kashmir dispute.

Jammu and Kashmir is held by India and Pakistan in parts and claimed both in full. A small sliver of land is also held by China.

The two nuclear neighbors have fought two wars regarding Kashmir – in 1948 and 1965, and a three-week Kargil skirmish in 1999.

Since India revoked autonomy and divided the part it is holding into two centrally administered territories on Aug 5, 2019, elections in this part of the region –administered by Pakistan, also known as Azad Kashmir (AJK) — have attained considerable significance.

Paying tributes to incarcerated Kashmiri leaders, including Syed Ali Geelani and Muhammad Yasin Malik for their steadfastness, Khan asked Kashmiris to “just have patience” as “ease is around the corner.”

“I assure you that your sacrifices will not go in vain,” he said, vowing that he would continue raising the Kashmir issue at all forums.

All of Pakistan, he added, stands with the people of “occupied” Kashmir.

Khan, whose Pakistan Tehreek-e-Insaf party is contesting the elections as a favorite, rejected reports that his government has any plans to give AJK a provincial status.

“I don’t know where have it come from. We have no such plans,” he said.

Coming hard at his political opponents, particularly the three-time premier Nawaz Sharif, he said they had done nothing for Kashmiris.