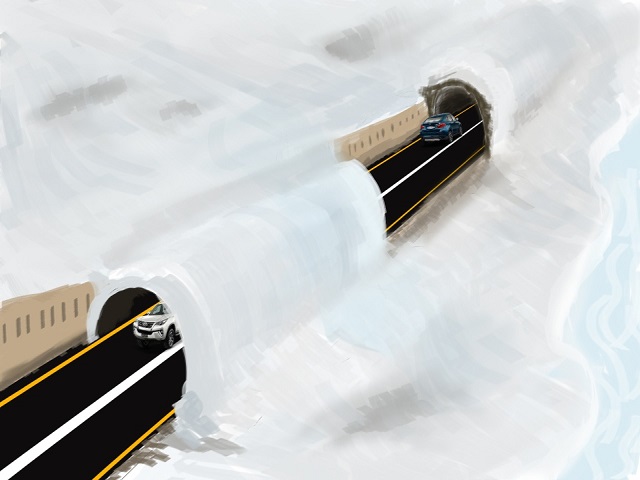 Known for his life-changing ideas, Sonam Wangchuk is back with yet another phenomenal idea of building an ice tunnel. The ice tunnel will be built at Zojila pass on Srinagar-Leh highway connecting Jammu and Kashmir with Ladakh. Once built, it will be the country’s first ice tunnel.

AND FINALLY THE ICE TUNNEL VIDEO…
Another crazy idea!
Please click this link to pkay video:https://t.co/XciucyDL3C

Zoji La pass connecting Ladakh and Kashmir is intermittently shut down due to heavy snowfall and is also closed for operations annually for 6 months starting from December to May. Nevertheless, with the ongoing construction of the Zojila tunnel, the route is expected to be operational throughout the year.

People, however, would still face hurdles on their way to the tunnel as the roads to the tunnel site are often covered under many layers of snow.

In a bid to keep the approach roads clean, substantial efforts of men are and machines come into play. These machines release tons of carbon dioxide into the atmosphere, along with the monetary costs involved.

To address the significant environmental and monetary toll associated with the cleaning routines of the roads, Sonam Wangchuk conceptualized the idea of an ice tunnel. He aims to eliminate the use of men and machines to keep the route from Dras to the Eastern portal of Zojila tunnel functional even during the snow season.

In his YouTube video, Sonam Wangchuk can be seen with mattresses placed in an arc shape. He then pours water on the mattress and leaves them until the water freezes. Once frozen, the arc-shaped mattress borne the weight of a young man without any support.

Wangchuk explains that once four to five inches thick ice takes a parabolic shape and freezes, it will have enough strength to withstand the weight of even 10 kgs thick ice on the top.

1- It will be the longest bi-directional single tube road tunnel in Asia.

3- It will be an all-season tunnel and will be open on all days.

4- The tunnel will be built at Zojila pass on Srinagar-Kargil-Leh NH-1 situated at an altitude of 11,578.

5- Once the tunnel is built, the traffic between Srinagar and Leh will become much easier.

Zojila Tunnel: All you need to know about the blasting of an all-weather tunnel between Srinagar valley and Leh

Recently, Sonam Wangchuk devised a solar power-heated military tent that would not only accommodate our soldiers in rough terrains but would also help them keep warm in areas of freezing temperatures, thereby saving fossil fuels. The tents store solar energy during the day and act as warm sleeping chambers for the soldiers at night.