TARAR KHAL, July 23 (APP):Prime Minister Imran Khan on Friday said the prime focus of his party Pakistan Tehreek-e-Insaf in Azad Jammu and Kashmir (AJK) would be the uplift of underprivileged people by providing them amenities of education, health and subsidized food.

Addressing a large public gathering ahead of the election of AJK Legislative Assembly, the prime minister said PTI had on its agenda several development projects aimed at poverty alleviation in AJK.

Imran Khan’s rally pulled a large crowd with people from all walks of life including the local party workers and others from adjoining areas gathered in the AJK city of Tarar Khal. 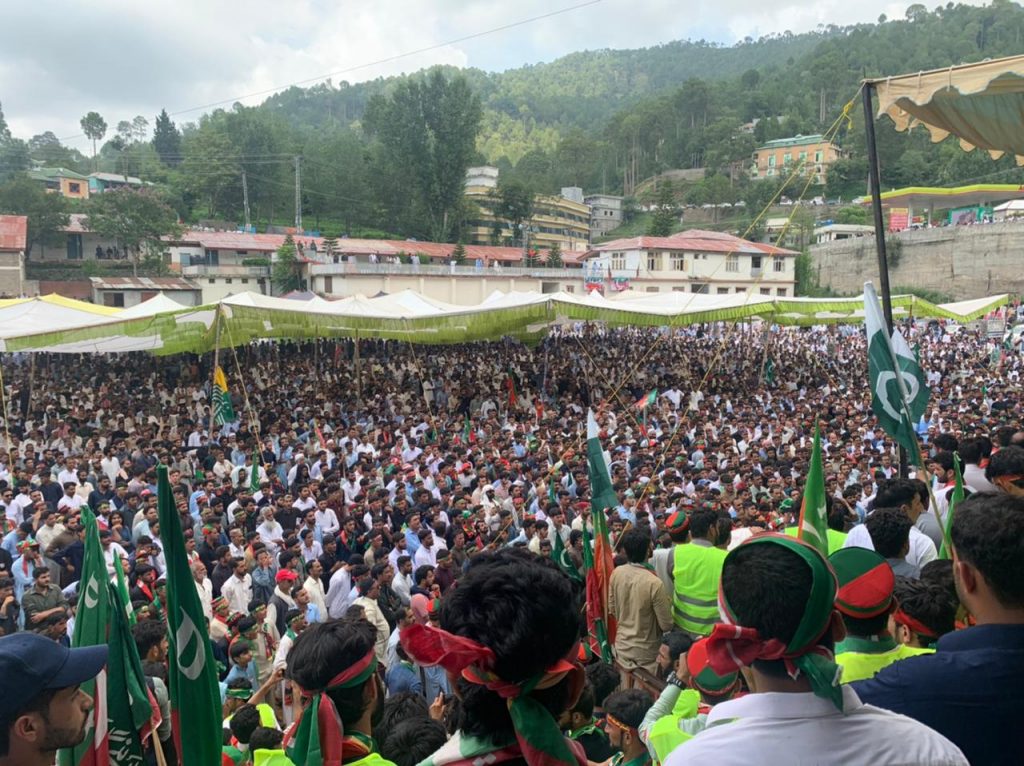 Federal Minister for Kashmir Affairs Ali Amin Gandapur speaking on the occasion said the candidates of Pakistan Tehreek-e-Insaf would defeat other contestants giving a message that the people rejected the looters and exploiters.

PTI’s candidate for AJK Legislative Assembly Sardar Tanveer Ilyas said the people of Poonch looked towards Imran Khan as the leader who could ensure them development and prosperity.

Sardar Faheem Akhtar Rabbani, PTI’s ticketholder for the AJK election said the party after winning election would focus on providing the people of Kashmir the facilities in the fields of education, health and tourism. He also mentioned that PTI would provide scholarships to deserving students to mainstream them in the journey of AJK’s development.