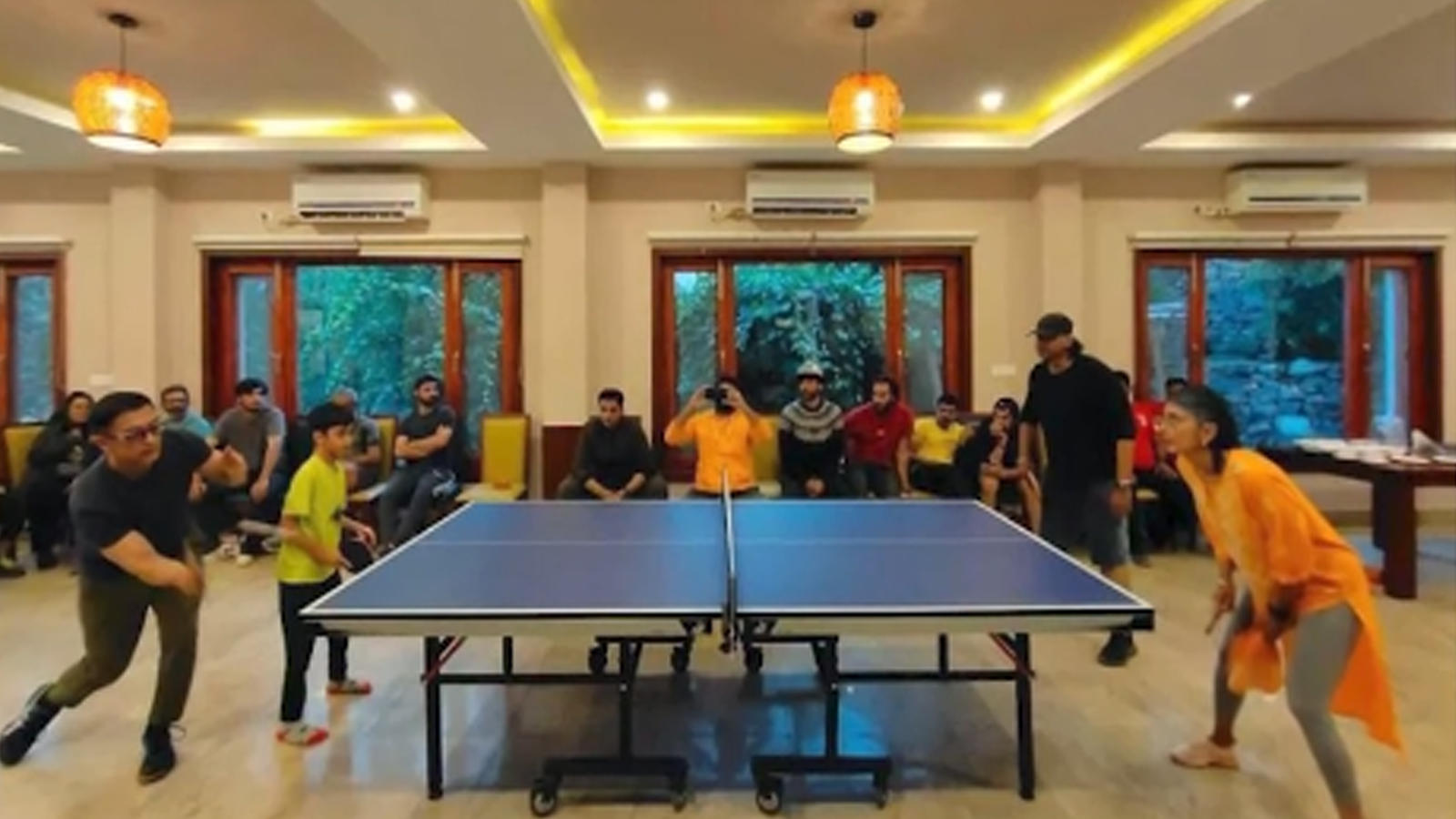 When superstar Aamir Khan and his wife of 15 years, Kiran Rao announced their divorce on July 3 with a joint statement, many fans were left heartbroken. They couldn’t fathom that a powerful couple like the duo could end their marriage. But ever since the announcement, they have appeared together in videos, assuring people they are still friends, and they are even shooting together at the moment, for Aamir’s next, ‘Laal Singh Chadha’. In new pictures that have surfaced on social media, Aamir can be seen enjoying a table tennis session with the film crew. The superstar is also seen playing the sport with his ex-wife Kiran Rao, who is also the producer. In the pictures, Kiran and Aamir can be seen enjoying with full gusto. Dressed in a bright yellow kurta, Kiran looked graceful while Aamir looked dapper in casual wear. Their little one, too, was snapped playing with them. Azad was photographed in a green T-shirt. A source close to the film has shared, ‘The unit of Laal Singh Chaddha recently arranged their own Table Tennis tournament and from Aamir sir to the kids on set, the entire team took part in it. It was a very casual and fun competition’. Just recently, glimpses of Aamir and Kiran enjoying with the locals there had gone viral. Watch the video for more details.