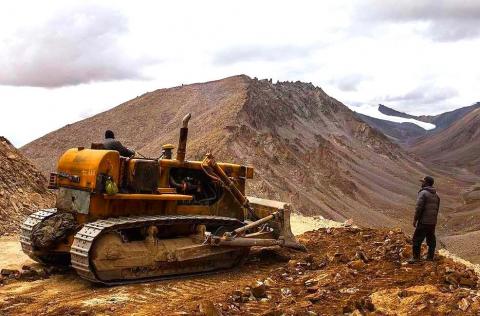 The Indian Cabinet has approved the establishment of an Integrated Multi-purpose infrastructure Development Corporation for Ladakh, a picturesque Buddhist-dominated strategic area that was carved out of Jammu and Kashmir and made a Union Territory two years ago.

The approval has an inherent potential for employment generation as the corporation will be undertaking various kinds of developmental activities, the Press Information Bureau of the government said.

The new corporation will work for industry, tourism, transport and marketing of local products and handicrafts. The corporation will also work as the main construction agency for the infrastructure development of Ladakh.

Ladakh has a lot of strategic importance for India as it is bordered by the Tibet Autonomous Region of China to the east, the Pakistan-administered Gilgit-Baltistan to the west, and the southwest corner of Xinjiang province of China across the Karakoram Pass in the far north. It extends from the Siachen Glacier in the Karakoram range to the north to the main Great Himalayas to the south. (SAM)