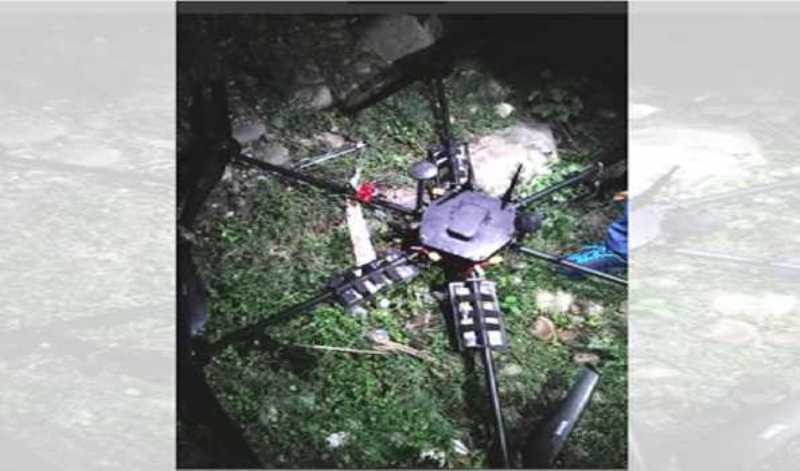 Intelligence sources said that drone fitted with IED was recovered in Kanachack area at about 0100 hours midnight.

“Police team from Kanhachak Police Station on receiving the information rushed to the spot and he found one drone and a packet lying at village Gurah Pattan in Kanachak Sector at a distance of about 10 to 12 feet from Jammu- Akhnoor national highway,” sources said.

They said that Bomb Disposal Squad from the Police Control Room, Jammu was immediately pressed into service.

“The squad found one packet and a thin string. The length of the drone is about 6.5 feet, having six wings, two antenna and four batteries (one battery damaged due to fire of bullet) tied with the rods of the drone,” they said.

The capacity of the batteries of drone is about 25000 MAH which is written on the batteries, sources said adding that thereafter when Bomb Disposal Squad when opened opened the sealed packet found one timer IED fitted in a iron box having weight about 3-3.5 kg.

“The Squad destroyed the timer IED on the spot while teams collected all the necessary samples of IED and has taken the drone to Police Station,” sources said.

The drone had a mark “CF PROP 30.2 * 9.9L” and the aerial distance spottedt from international Border Kana Chak is about 6.5 Km.

Police has taken the cognizance and is enquiring into the matter. Further details awaited.