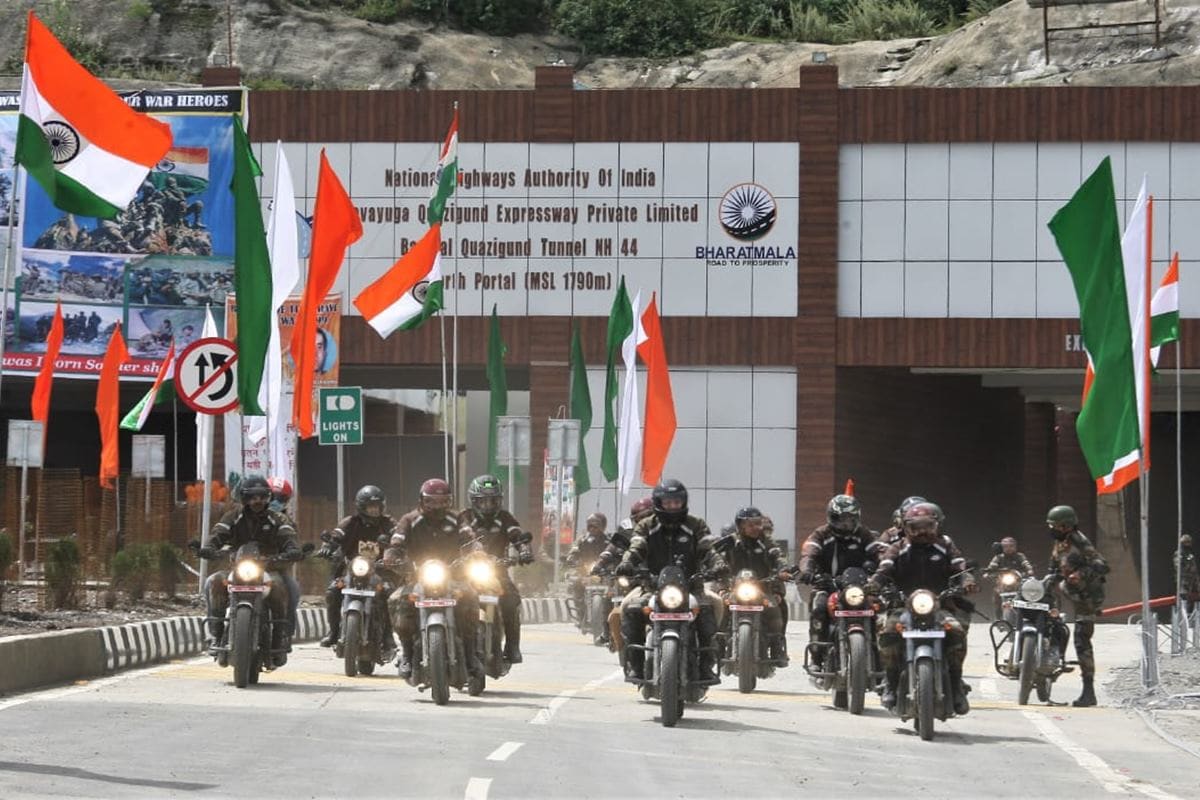 Set to traverse the icy heights of the Karakoram Range through the strategic Daulat Beg Oldi (DBO), an Indian Army motorcycle team led by Northern Army Commander Lt Gen Y K Joshi on Thursday began its expedition of the twin union territories of Ladakh and Jammu and Kashmir to mark the 22nd anniversary of India’s victory over Pakistan in the Kargil war.

The Kargil war was declared over on July 26, 1999, after Indian soldiers pushed back Pakistani troops, a bulk of them drawn from the neighbouring country’s Northern Light Infantry, from the captured peaks in Kargil. The day is observed as ‘Kargil Vijay Diwas’ to commemorate India’s victory.

The main segment with 25 bike riders was flagged off from Udhampur on Thursday and is being led by Lt Gen Joshi, who is a Kargil war hero.

The segments starting from Naushera with 15 bikes and Udhampur with 25 bikes will be joined by Srinagar segment with 20 bikes at Srinagar, he added.

The segment covering the Karakoram Range will travel through DBO, Darbuk Leh and Kargil to converge with the main segment at Kargil War memorial in Drass on Friday, where the entire ride is culminating.

Lt Gen Y K Joshi, during his address at the time of the flag off said, “In spite of challenges, the soldier will always stand steadfast in his vigil to protect the nation and will go beyond the duty to make the supreme sacrifice without batting an eyelid”.

Lt Gen Joshi said that the operation Vijay may have ended 22 years ago but the battle in Jammu and Kashmir still rages on.

“Operation Vijay is testimony to the fact that there has never been and there will never be a compromise on the territorial integrity of the nation and any such farfetched idea will remain a pipe dream,” he said.

The Indian armed forces will defeat any nefarious design of the adversary with resolve, courage and bravery unparalleled in history, he said.

“Challenges of weather, high altitude and long distances can be overcome with grit and determination,” he told reporters here.

Lt Gen Joshi said the motive behind the bike rally is to “remember the fallen heroes during operation Vijay” and “revive, rekindle and invigorate the spirit of patriotism among the youth”.

In a message to youth of the nation, he said: “Do not follow the beaten track, go into the unknown… make your own path and let others follow.”

This bike ride is an excellent and unique initiative by the Army alongwith Jawa bikes to honour the brave hearts and immortalise their memory in the minds of everyone, he said.

Having joined the expedition for the first time, Major Kajal said it is a moment of privilege for her to remember the martyrs of the Kargil war.

“I feel honoured. I will be paying tribute to the martyrs by taking part in this expedition for two days from Udhampur to Drass,” she said.

Fellow participant Major Vivek too was excited and said the rally is a tribute to the brave soldiers who fought for the nation without fear.