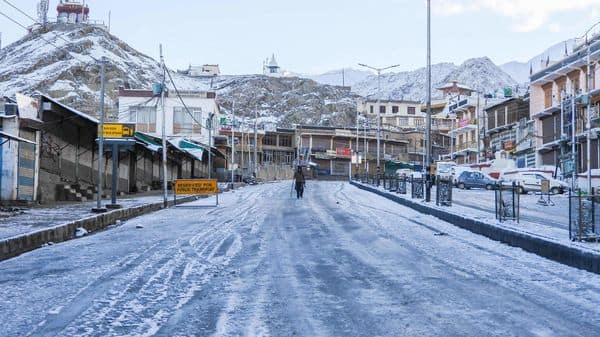 NEW DELHI: The union cabinet on Thursday approved the establishment of an Integrated Multi-purpose Infrastructure Development Corporation in Ladakh.

Presently there is no similar organization in Ladakh and the approval has an inherent potential for employment generation as the corporation will be promoting industry, tourism, transport and marketing of local products and handicrafts.

“The corporation will also work as main construction agency for infrastructure development in Ladakh,” the cabinet said in a statement.

The corporation will further push domestic production of goods and services and will facilitate their smooth supply. Thus, the approval will help in realizing the goal of Atmanirbhar Bharat, the union cabinet claimed.

The cabinet said that Ladakh had sent a proposal for the establishment of the corporation, which was recommended by the Committee on Establishment Expenditure of Ministry of Finance.

The union cabinet also approved the plan to establish a central university in Ladakh at a cost of ₹750 crore. Union minister Anurag Thakur said this will address regional imbalances in education as the newly carved union territory does not have top-class higher educational institutions, unlike Jammu and Kashmir.

After the division of J&K into two UTs, it was a necessity and will cater to the need of the entire region. The first phase of the new central varsity will be ready in four years but it may commence operations before that timeline as is the case with several central universities in recent years.