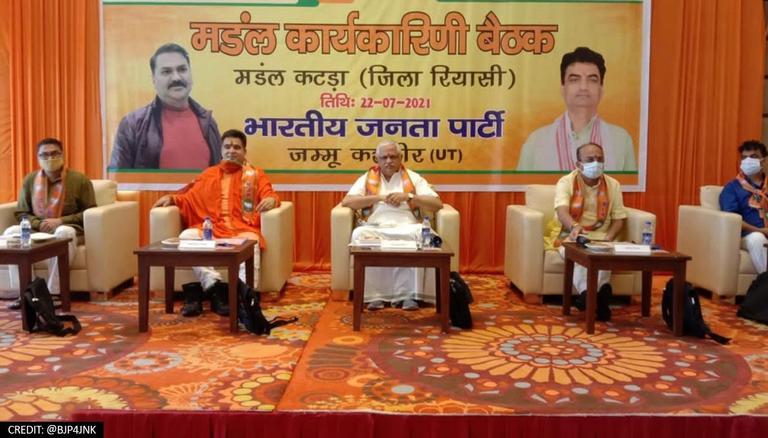 In an indication that Assembly polls in Jammu and Kashmir might take place soon, BJP workers have been asked to be ready for election by the year-end or start of 2022. Sources told Republic TV that BJP national general secretary (organisation) BL Santhosh addressed the party workers in this regard on the first day of his visit to Jammu. So far, he has interacted with core group members, morcha presidents, general secretaries and cadre and took feedback about the functioning of the state unit leadership.

Notably, the last Assembly election in J&K was held in November-December 2014 which threw up a hung Assembly. In the 87-member House, PDP had 28 members, BJP 25, NC 15, and Congress 12. On March 1, 2015, PDP founder Mufti Mohammad Sayeed took over as the Chief Minister after PDP and BJP forged a post-poll coalition. After his untimely death in January 2016, his daughter and PDP president Mehbooba Mufti took oath as the CM on April 4, 2016.

However, the region again witnessed political instability after she resigned on June 19, 2018, post BJP pulling out of the alliance. When PDP, NC and Congress decided to join hands for government formation on November 21, 2018, the Governor unexpectedly dissolved the state Assembly. With the abrogation of Article 370 in August 2020 and the revocation of statehood, elections were further delayed.