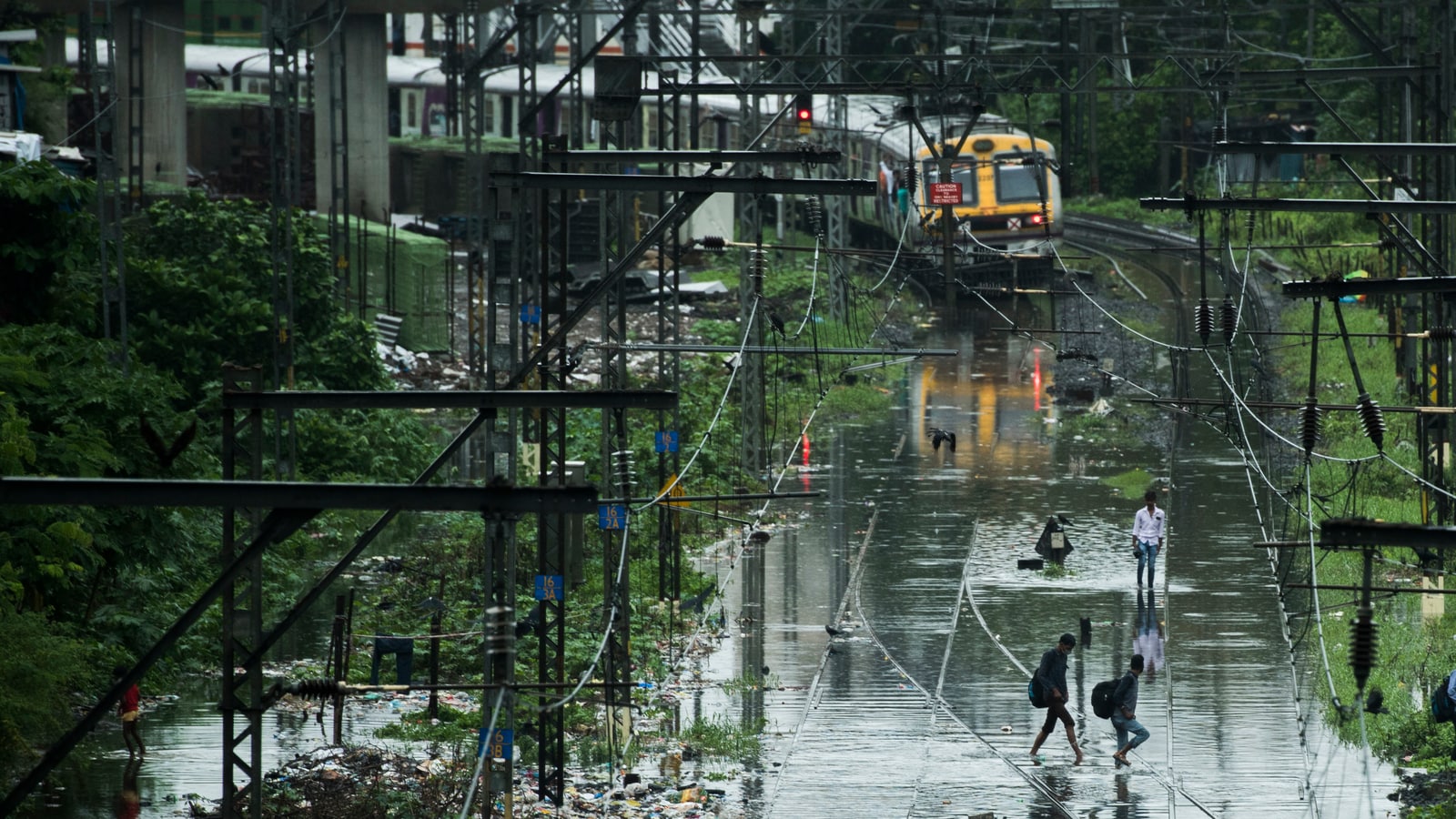 The ongoing monsoon has been wreaking havoc in several parts of India, including Mumbai and Delhi. The India Meteorological Department (IMD) has issued a red alert for July 21 and 22 in Mumbai, with extremely heavy to very heavy rainfall at isolated places.

The severe weather conditions have been fatal for more than 30 people in the Maharashtra capital, after rain triggered landslides, led to collapsed houses and even electrocutions. The suburban train services in Mumbai were also disrupted, and several long-distance trains were diverted, short-terminated or rescheduled for waterlogging and flooding.

A meteorologist at the regional centre of the IMD Mumbai said the rainfall is the result of “very strong westerly winds bringing in moisture” from an active monsoon trough running along coastal Maharashtra. On Wednesday, Mumbai gauged 23.9mm of rain till 8.30am, down from 38.4mm recorded in the previous 24 hours.

The situation in Delhi wasn’t much better either with at least 20 underpasses getting inundated following incessant rains in the city on Monday and Tuesday, Delhi traffic police officials said.

The bulletin added that a cyclonic circulation lies over northwest Bay of Bengal, and under its influence, a low-pressure area is likely to form over the water body during the next 48 hours. “It is likely to move west-northwestwards along the monsoon trough during the subsequent two to three days,” the IMD bulletin further stated.

Here are the key IMD alerts for Mumbai and other states and Union territories (UTs):

1. Extremely heavy to very heavy rain is very likely over Mumbai till July 23. The IMD has issued a red alert for the city for today and tomorrow. The intensity of rainfall, however, is likely to reduce from July 24 onwards.

2. Widespread rainfall with isolated heavy to very heavy showers are very likely to continue over west coast and adjoining regions, and Gujarat during the next four to five days. Extremely heavy falls are also very likely over Konkan, Goa and ghat areas of central Maharashtra on July 21 and 22.

3. Light to moderate rainfall is very likely at scattered places over Delhi in the next 24 hours.

4. Fairly widespread to widespread rainfall with isolated heavy falls is very likely over western Himalayan region, including Jammu and Kashmir, Ladakh, Uttarakhand, and Himachal Pradesh, and adjoining northwest Indian states of Punjab, and Uttar Pradesh today. Although the rainfall intensity has been predicted to reduce further from July 22 onwards, it is likely to pick up again from July 25.

6. Uttar Pradesh, Madhya Pradesh, and Bihar will likely observe moderate to severe thunderstorms with lightning during the next 24 hours.