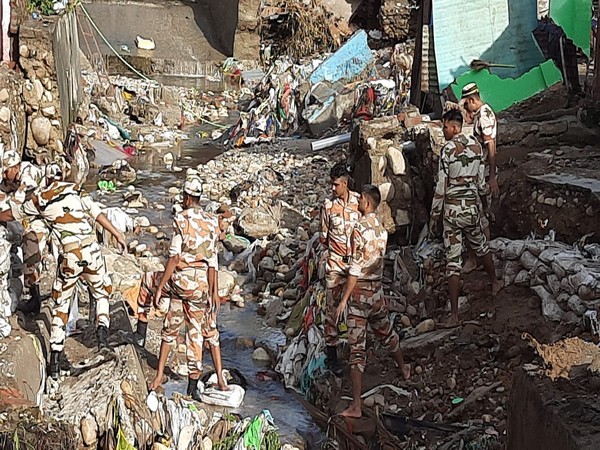 New Delhi [India], July 21 (ANI): Indo-Tibetan Border Police (ITBP) on Wednesday carried out rescue operations at Gorakh Nagar’s Kalka colony in Jammu after the area was hit due to a sudden influx of water in Tawi Nala.

The operations were carried out by the 52nd Battalion of ITBP, during which the teams cut edges of the Nala with stone and sandbags. They also removed the debris of damaged houses and stabilised the structures.
“Rescue operation by 52nd Battalion ITBP at a damage site at Ward No-48, Kalka Colony, Gorakh Nagar, Jammu due to sudden influx of water in Tawi Nala. The teams repaired cut edges of the Nala by stone and sand bags, removed debris of damaged houses & stabilized the structures,” ITBP said in a tweet. (ANI)