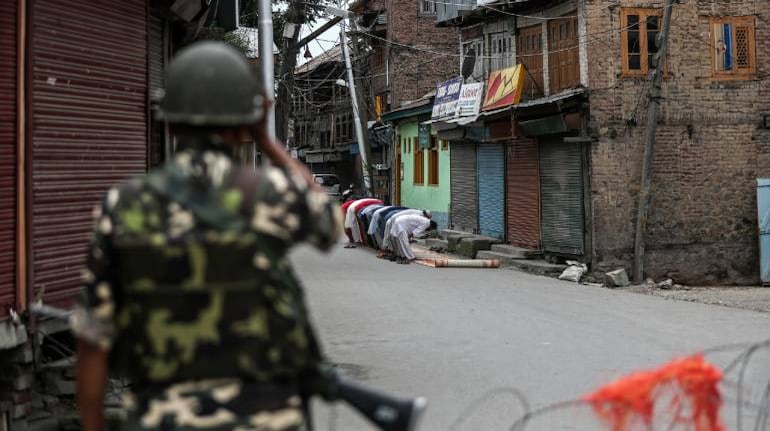 On July 16, Ishfaq Ahmad and Basharat Ahmad claimed that they had been targeted by unknown gunmen. (Representative image)

Two Bharatiya Janata Party (BJP) workers and two of their personal security guards have been arrested in Jammu and Kashmir’s Kupwara district for involvement in an alleged fake terrorist attack.

BJP leaders Ishfaq Ahmad and Basharat Ahmad staged the attack on themselves in a bid to get enhanced security and attract senior leaders’ attention, reported NDTV citing Police sources.

The BJP functionaries and police guards were presented at a magistrate court on July 19, and sent to police remand for seven days, said the report.

On July 16, Ishfaq and Basharat claimed that they had been targeted by unknown gunmen. The incident was referred to as an ‘accidental’ by the police.

“Weapon of PSO went off accidentally in the car which hit the arm of BJP Worker Ishfaq Mir. The other PSO fired in fear. Ishfaq got a minor arm injury. People are requested not to spread rumours of militant attacks. The injured is discharged from hospital,” District Police Kupwara had tweeted.

The further investigation, however, revealed that it was a staged terror attack, the report suggested.

Ishfaq Ahmad is the son of BJP district president Mohammad Shafi Mir. After the incident, the party suspended Mir, his son, and Basharat Ahmad and opened an internal enquiry to decide further course of action, said the report.

Mir was a Sarpanch (village head) in Shopian district’s Wachi. He had contested the 2014 Assembly elections on a BJP ticket, added the report.