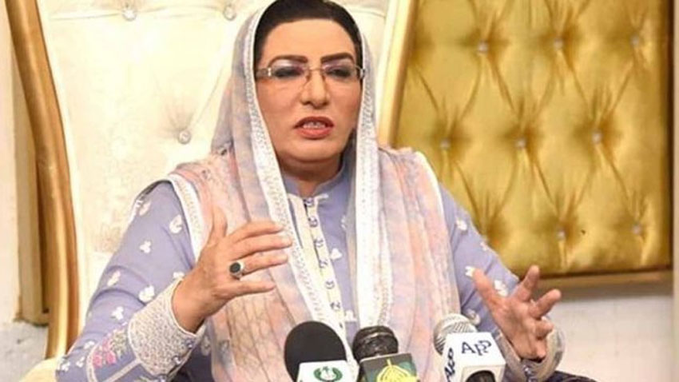 In a media statement issued here, she said that the one (Nawaz Sharif) who ran away from the country for treatment was not a leader but an absconder, adding that Sharif family was very skillful in all sorts of jugglery and the nation also knew its expertise in forging fonts and bogus pictures to achieve political objectives.

The bondmaids could not hush up the forgery and frauds of their absconding leader as well as the so-called heir-apparent of the Sharif family. The bondmaids had always faced defeat and humiliation on every occasion and due to it, they were suffering from acute depression, she added.

Dr. Firdous said the PML-N had already faced embarrassment over tall claims of tendering resignations, now or never announcements and U-turns over long march claims. They had neither tendered resignations nor held any long march and the bondmaids’ condition was very pitiable, she maintained.

The SACM advised the bondmaids to speak according to their merit because defending PML-N was beyond their ability and skills.

Meanwhile, the cabal was unnerved because the people would support the honest leadership of Prime Minister Imran Khan in the AJK elections, she concluded.