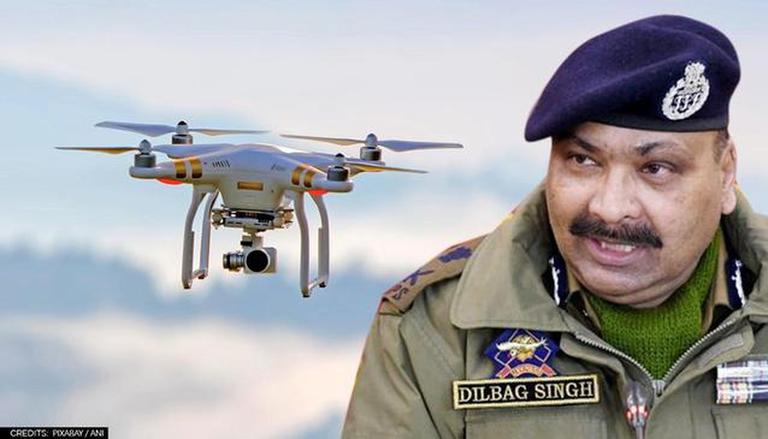 Jammu and Kashmir Director General of Police Dilbag Singh said on Tuesday, July 20, a drone bombing at the Indian Air Force (IAF) base in Jammu had a signature of an ordinance factory across the border. The DGP said that the drone was used to drop cash and arms as well as ammunition from Pakistan. The DGP has said that the June 27th attack in the Air Force Base station in Jammu was carried out by Pakistan.

Earlier this month, Jammu and Kashmir DGP Dilbag Singh has revealed that the first inquiry indicates that the Jammu drone attack was carried out by the Pakistan-based terrorist group LeT (Lashkar-e-Taiba). Twin explosions shook the technical part of the IAF airbase in Jammu on the night of June 26-27, causing minor damage to the facilities and injuring two Indian Air Force officers. In an exclusive interview with Republic TV, DGP Dilbag Singh had also revealed that Pakistani agencies’ participation with the LeT cannot be ruled out.

DGP Dilbag Singh had said, Primarily the suspicion was on Lashkar-e-Taiba which operates from Pakistan and the LeT has also been involved in similar kinds of incidents in the past. The day when this attack took place another IED was sent by the LeT through a drone. Jammu and Kashmir police was working along with other agencies on that incident. But they had inputs in advance so they played a trap in which the IED receiver who was directed to place the IED in a crowded place was arrested along with the receiver and placer.”

DGP added, “Apart from this, whosoever were involved in the network, some people of Kashmir were also involved they have also been nabbed and the Jammu and Kashmir Police are also questioning them parallelly. Such types of deeds have been done by the LeT in the past in which they use drones to smuggle weapons, explosive materials, and narcotics. Till now the strongest suspicion is on Lashkar-e-Taiba and the involvement of foreign agencies in the Jammu drone attack cannot be ruled out.”

Dilbag Singh, speaking more specifically about the Jammu drone attack, claimed that preliminary investigations suggested that a mixture of RDX and TNT was utilized. Although the presence of RDX was established in the report.