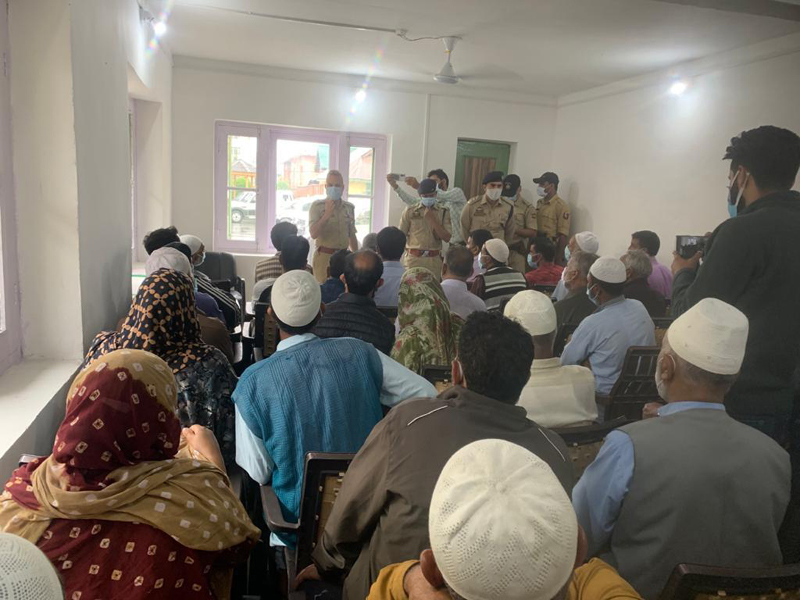 Srinagar: As many as 14 boys, who were all set to join the terror ranks, were counselled and handed over to their parents in Jammu and Kashmir’s Anantnag region by the UT authorities.

Unearthing a major activity of terrorists to misguide the youth and entice them to join terrorist ranks, Anantnag police has succeeded in saving 14 youth from being part of terror ranks.

These boys in the age group of 18-22 years were in touch with various local terrorists and also being lured by terrorists based in Pakistan through social media to get recruited in terror outfits have been handed over to parents today in District Police Office Anantnag.

Many counselling sessions by police officers for the past many days were held with these vulnerable youth belonging to various areas of Anantnag district.

On this occasion SSP Anantnag advised the parents to remain aware about activities of their children and ensure bad elements do not get the chance to influence the young minds for criminal activities.

He said that youth are the greatest asset of society and society at large needs to ensure that they get engaged in constructive pursuits to contribute in the overall progress of the nation.

He cautioned parents about attempts being made to rob us of our youth capital which is critical for nation building.

On this occasion various respectables of the area were also present.