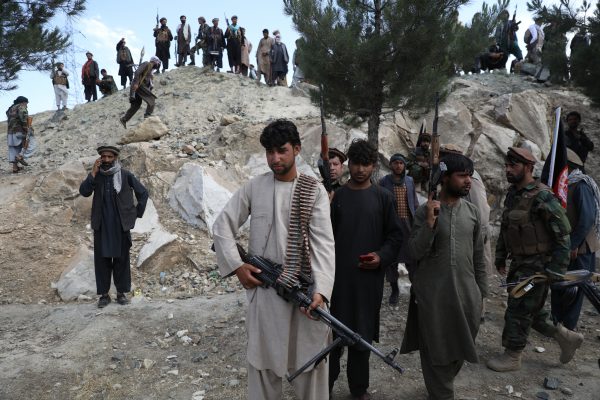 As U.S. troops withdraw from Afghanistan, multiple regional powers are descending upon the country to create ties with friendly factions of the Taliban and to secure their interests. Yet, one country stands to lose more than most.

For the past several years, India has made Afghanistan its pet project for state-building, pouring in close to $1 billion – and possibly more – to fund schools, hospitals, and other infrastructure in war-torn areas. India has also invested heavily in building Afghan democratic institutions. It provided funds to develop a robust media sector, built the Parliament building, and helped develop an election process.

But much of this was made possible by the security cover offered by U.S.-led coalition troops. During the Taliban’s five-year stint in power before the U.S. invasion of 2001, India had accused the Taliban of providing a safe haven to militants that were fighting India in Kashmir. In 2014, the Indian consulate in the city of Herat had come under fire from militant groups with suspected links to Pakistan.

Now, with the U.S. gone and the Taliban advancing once more, not only are India’s investments in Afghan democracy being laid to waste, India is also left with no allies to depend on in the country. In many ways, the U.S. withdrawal resets Afghan politics to its pre-2001 state, and New Delhi fears that Kashmiri militants will once more use the Taliban’s control over Afghan territory as a safe haven.

This is where India could find some common ground with an unlikely ally: China. In recent days, India has been scrambling to hold dialogue with Iran and Russia, in an effort to control the Taliban and uphold some stability across Afghanistan. Yet, in the absence of the U.S., China will likely emerge as the only power in the region large and influential enough to contain the Taliban.

China has long been bothered by the threat that militancy in Afghanistan and Central Asia poses to its own economic and security interests. Last month, China announced that it intends to expand the Belt and Road Initiative to Afghanistan – an effort that could be jeopardized by fighting and violence in the country. Just as importantly, Beijing is wary that a Taliban-ruled Afghanistan could act as a potential safe haven for separatist groups in Xinjiang.

In recent years, China has been preparing for the inevitable in Afghanistan by cultivating its own ties with the Taliban. In June 2019, the Taliban’s deputy leader, Mullah Abdul Ghani Baradar, visited Beijing. Months later, another nine-member Taliban delegation traveled to Beijing, amidst the deal-making with the U.S.

The Taliban, too, has been courting Beijing, in an effort to build some international legitimacy and secure much-needed investment. In a recent interview, Taliban spokesperson Suhail Shaheen called China a “welcome friend” and said that the group will guarantee the safety of Chinese investors and workers.

India should pay close attention to these dynamics. Analysts in New Delhi are wary of a potential China-Pakistan nexus in Afghanistan, which will prop up the Taliban and aim to weaken India’s hand in Kashmir. Indeed, in the aftermath of the clashes in Ladakh between India and China – and the ensuing stalemate – China may find that strategy alluring.

Yet, owing to China’s ambitious economic projects in Central Asia, and Beijing’s ideological differences with the Taliban, India may still be able to find some space to cooperate with China in Afghanistan. In May, China held a summit with key Central Asian countries to cooperate on curbing militancy in Afghanistan and “create a safe Silk Road.”

New Delhi must make sure that it is not left out of this loop. India should seek to establish dialogue with China on Afghanistan, identify and establish common interests, and cooperate over outreach to different factions within the Taliban.

When the U.S. flew into Afghanistan two decades ago, India found itself upstaged by Pakistan in dictating American foreign policy moves in the country. New Delhi has a more credible presence in Afghanistan today than it did in 2001, but it needs to make sure that it does not find itself playing catch-up once again.