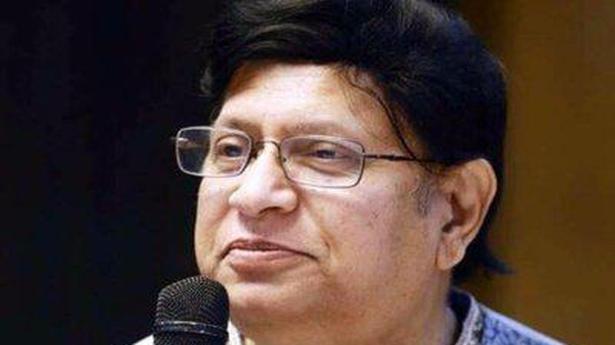 Bangladesh denies the group was meant to exclude India.

India can join the China-led South Asian initiative for COVID-19 vaccines and poverty alleviation too if it so desires, said Bangladesh Foreign Minister A.K. Abdul Momen, denying that a six-nation grouping launched earlier this month was meant to exclude India. The creation of the China-South Asian Countries Emergency Supplies Reserve, and a Poverty Alleviation and Cooperative Development Centre set up in China on July 8, the outcome of a meeting of the Foreign Ministers of China, Afghanistan, Bangladesh, Nepal, Pakistan and Sri Lanka in April, had raised eyebrows in New Delhi, as it appeared to leave out only India, Bhutan and the Maldives.

In dire need of vaccines

“The Chinese approached us at a time we were in dire need of vaccines,” Mr. Momen told The Hindu in an interaction on the sidelines of the connectivity conference in Tashkent last week, explaining that India’s decision to suspend vaccine exports, including to Bangladesh, who had contracted and made advance payments for 5 million doses of Covishield per month, had become a “big issue” in the country, particularly as many had taken the first dose of the vaccine and had no access to the second.

Mr. Momen said that after Bangladesh requested vaccines from China, Foreign Minister Wang Yi decided to convene the six-nation China-South Asia meeting, where he suggested setting up a poverty alleviation centre to deal with economic issues arising in South Asia due to COVID, an e-commerce economic cooperation forum and an emergency storage facility for vaccines.

“We asked, how about India, and the Chinese [government] said this forum is open to India and India is welcome. In fact, even at the Foreign Minister’s meeting which included Pakistan, they said India would be welcome to join,” Mr. Momen said, stressing that the issues involved in the forum are common to all South Asian countries battling COVID and its impact on GDPs in the region.

The Ministry of External Affairs did not respond to a question on whether India had been invited to the forum or would consider joining the China-South Asia centre, now being established in the Southern Chinese city of Chongqing, in the future. However, given continuing tensions over Chinese PLA aggression at the Line of Actual Control in Ladakh, and New Delhi’s firm stand that other bilateral relations cannot move ahead without a resolution of the boundary stand-off, it is understood that India would be unlikely to consider a new grouping involving China, especially one that could be seen to dilute its role in the SAARC region.

The absence of India from the grouping as well as from a series of consultations on COVID relief between the Chinese Vice Foreign Minister and different combinations of all SAARC member countries (other than India and Bhutan) led some experts to suggest this was meant to be a “Minus India” initiative. India is the only country of all eight SAARC nations that has not requested or accepted Chinese COVID vaccines.

Last week, Bhutan announced that it had been sent 50,000 doses of Sinopharm from the Chinese government, (along with 500,000 doses from the U.S. and another 350,000 from the EU) after the Indian decision to suspend its Vaccine Maitri programme after the second wave of the pandemic had left it in the lurch for second doses.

Mr. Momen said the pending Indian deliveries for Bangladesh had also come up for discussion during his meeting with External Affairs Minister S. Jaishankar in Tashkent last Thursday, and although India has promised to export the vaccines as soon as production levels are sufficient, no firm timeline has been given yet. Meanwhile, Bangladesh is managing with vaccines received from China, U.S., Europe and Japan.

“I hope the situation [in India] improves faster, and then they can afford to give vaccines to us, but we can understand [India’s] problems and naturally, we cannot push them too much,” Mr. Momen added. He also said that he had discussed the importance of resolving water-sharing agreements including on Teesta river, as well as a proposal for developing a number of riverine channels between Bangladesh and India to improve trade and transport connectivity, during his meeting with Mr. Jaishankar.