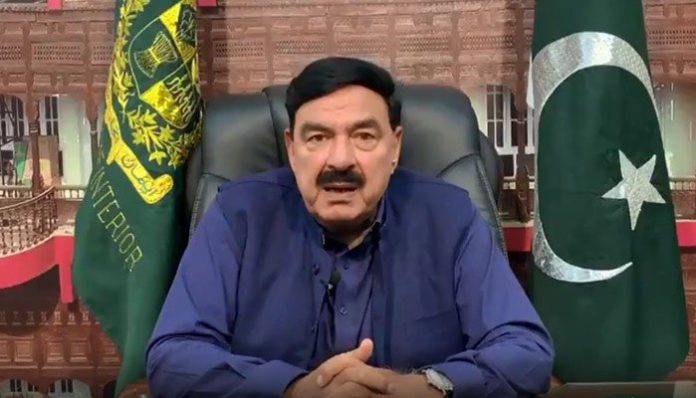 Federal Interior Minister Sheikh Rasheed has claimed that international powers are colluding to create misunderstandings between Pakistan and China.

“Some international powers don’t want our friendship to thrive, but they don’t know that our friendship is higher than mountains,” he said while interacting with journalists in Azad Jammu and Kashmir on Tuesday.

We have completed the Dasu Dam investigation and China has expressed its satisfaction with it, the interior minister shared. Shaikh Rasheed claimed that Israel and India can’t even tolerate the sight of Prime Minister Imran Khan because of the stand he has taken against the atrocities in Kashmir and his favourable image in the Muslim world. They have launched an “undeclared hybrid war” against Pakistan.

On the kidnapping of the Afghan ambassador, he shared that the police saw 700 hours of footage and interviewed over 200 people to determine the facts. We have even filed a kidnapping case even though our investigation revealed that this was not an abduction case.

He remarked that he wishes the ambassador and his family was here so that they could’ve become a part of the investigation. “She has left but the state will fight her case.”

Speaking about the AJK Elections 2021, he said that Maryam Nawaz is running the PML-N’s campaign, and rather than asking for votes for her party, she has started criticising Imran Khan. She has threatened to hold protests in Islamabad if her party loses. She knows that the PTI will win. He added, “We are campaigning for the bat, the electoral symbol of the PTI.” Imran Khan will take the country forward.