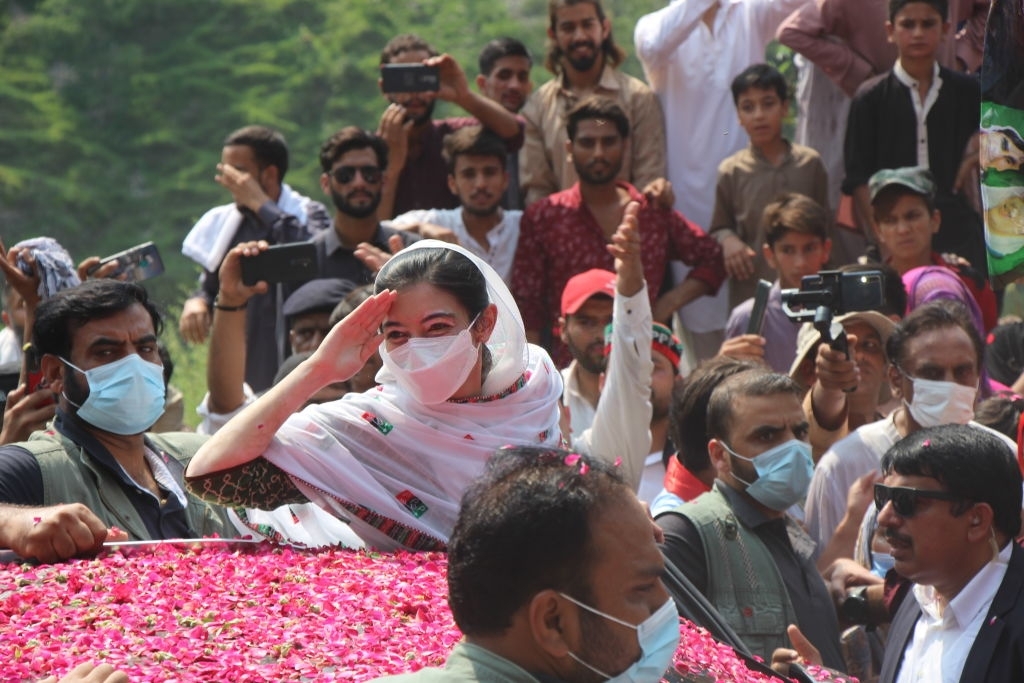 Over 3.2 million voters are going to elect the 53-member regional assembly for a five-year term in the elections scheduled on Sunday (July 25). Out of 53, there will be direct elections on 45 seats, while eight are reserved for women, technocrats, and religious scholars.

The Muslim Conference — the oldest political party of the undivided Jammu and Kashmir — has also won polls when it had allied with a ruling party in Islamabad.

“It has been a tradition in Kashmir that the voters vote for the party which rules Islamabad. And I see slim chances of any change this time too,” said Syed Abrar Shah, a Muzaffarabad-based political commentator.

He said the reason behind such a rationale is that the AJK is heavily dependent on resources from Islamabad and a ruling party liberally provides such resources.

“For many here, same party rule in Islamabad and Muzaffarabad means more funds and projects for AJK, mainly the rural areas,” he said.

Following the division of the Jammu and Kashmir into Pakistan and India-controlled parts in 1947, the AJK was governed under the presidential form of government. In 1975, then Prime Minister Zulfikar Ali Bhutto introduced the parliamentary system of governance in the region.

This first government headed by Bhutto’s PPP was dismissed in 1977 due to the imposition of martial law. There were no elections until 1985.

So far, the PPP and the Muslim Conference have formed four governments each, whereas the PML(N) has managed to rule the AJK once.

Ameer Mughal, another Muzaffarabad-based analyst, said there will be no walkover to the PTI. He said the two other parties PML-N and the PPP were giving a stiff fight and are equally in the race.

“Islamabad’s ruling party is going to win the elections in AJK once again. But not easily this time,” he said.

According to him, the performance of the PTI over the past three years, since it assumed office in Islamabad, is proving a disadvantage for its candidates.

He, however, said the PTI has the “advantage” of being new to the region that brightens its chances of appearing a favourite.

Shah predicted that out of 45 general seats, the PTI can secure 18-22 seats, the PPP may garner 8-10 seats, and the PML-N 4-6 seats. The local Muslim Conference and independent candidates may win another 3-4 seats.

Sajjad Mir, a political analyst, said there are chances that history may be reversed this time in the region.

“No doubt, it’s been a tradition that the AJK voters usually prefer the party ruling in Pakistan. But this time, the ground reality is different. We may have an upset this time,” Mir said.

“Even if the PTI manages to will against all these odds, it will be by a thin margin, and will need coalition partners to form the government with a weak foundation,” he said. He referred to issues like price rise, increasing inflation as issues working against the PTI.

Also, there is no arrangement for installing a caretaker government in AJK ahead of elections. The incumbent government supervises the elections.

“It was the caretaker setup, which stretched to five months instead of its constitutional term of three months, that helped PTI to win the elections in GB. Whereas, according to the constitution, there is no provision of a caretaker setup before polls in AJK,” he said.