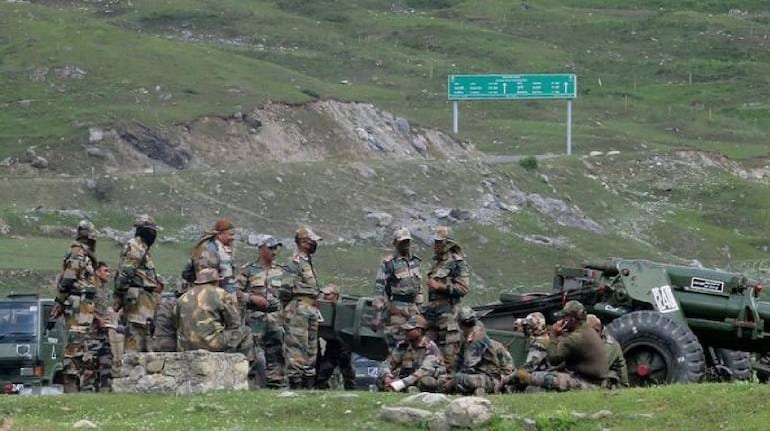 On June 23, the United States and the Indian navies along with the Indian Air Force held a naval exercise in the Indian Ocean to ‘hone interoperability’. The same day, Indian Army Chief General MM Naravane discussed “bilateral defence cooperation” in a telephonic conversation with the chief of the Japanese Ground-Self Defence Force General Yoshida Yoshihide.

India has maintained that it perceives the Quad as not aimed against anyone, “denied it is an Asian NATO”, stressed on broader issues from vaccine collaboration, to resilient supply chains, and framed its language that avoids irking China. But the belated adoption of broader goals such as climate change and vaccines in the March 12 Quad Leaders’ Summit, to make it more acceptable to other countries, suggested that the target is Beijing.

Only India and Japan have legitimate territorial disputes and are geographically close with China, while the US and Australia’s opposition stems from Great Power contest, China’s socio-political system and ‘repressive’, ‘genocidal’ and ‘militaristic’ policies in Xinjiang, Hong Kong, the South China Sea and Taiwan.

The only tangible dispute Australia has with China was the trade war where the latter’s tariffs cost Australia $3 billion — themselves in response to Australia backing a global inquiry into the COVID-19 origins in April 2020.

While India’s territorial disputes with China are in the Himalayas, Japan contests the Senkaku Islands (or Diaoyu in Chinese) in the East China Sea. Thus, the lack of a contiguous land or maritime geography with China does not allow a ‘united front’ per se — like Egypt and Sudan against Ethiopia, or Egypt, Greece and Cyprus in the Eastern Mediterranean against Turkey. Moreover, Japanese Prime Minister Yoshihide Suga on April 22 refused intervening in a Chinese invasion of Taiwan itself, while clarifying an April 17 joint statement with Biden in the Japanese Parliament (Diet).

Neither will India join Quad members to collectively confront China in the South China Sea, as China can be expected to retaliate with severe backlash in Ladakh. The People’s Liberation Army (PLA) is already limiting the disengagement only to the Pangong Tso, with the standoff becoming a year old.

Beijing initiated the standoff itself partly because of India’s rising military dalliance with the US and tacitly joining former US President Donald Trump’s COVID-19-origin charge in early 2020. China perceived it as a threat to its sovereignty, and India and US exploiting its vulnerability. Moreover, India’s reconciliatory statements at the beginning of the standoff — despite China being the provocateur — reflected an unwillingness to go to war.

Giving up the Kailash Range plateau that had stunned the Chinese, has also left India with little military options. Add to it its obsolete military equipment and structure, India can only fight a defensive war. In the South China Sea against the US Navy that is stretched thin, the Chinese have a ‘home advantage’..

The Chinese YJ-18 anti-ship cruise missiles (range 540 km) and the PL-15 Beyond Visual Range air-to-air missile (300 km) also outranges the US’ 240-km range Harpoons and the 161-km AIM 190D, while the DF-21D missile threatens US aircraft carriers. This erodes the US Navy’s capacity (or payload) advantage. “What could US ships be launching in response? At the ranges we are talking about, nothing,” said former US Navy officer Bryan Clark.

The South China Sea too might get farther for US forces as the Philippines considers terminating the Visiting Forces Agreement (VFA) — ironically owing to US’ no-show during Manila’s 2012 standoff with Beijing over the disputed Scarborough Shoal. The VFA envisaged basing small, mobile forces with anti-ship and anti-air missiles on the Philippine-held islands and strips in the Scarborough. Pentagon-commissioned war games by the Rand Corporation too have forecasted China overwhelming US and Taiwanese forces with thousands of missiles, boats and jets, repeatedly ending in devastating US defeats.

China Won’t Fight Where It Is Weak

In the Indian Ocean Region (IOR), the Peoples’ Liberation Army Navy (PLAN) knows it faces the ‘away’ disadvantage and, therefore, will not challenge the Quad or India.

Retired US Navy Admiral Dennis Blair also discredits the ‘String of Pearls’ theory, saying it is “not possible for any navy to encircle a country (like India) with a few ports.” Beside, since international law would permit India to strike regions it faces attacks from, Myanmar, Bangladesh, Sri Lanka or Pakistan will not host Chinese military facilities aimed at India.

A China policy independent of the US’ geopolitical rivalries that objectively addresses our issues with Beijing and avoids the destabilisation that Washington’s military alliances effect, would inspire a positive response from China. Moreover, banking on military alliances against China would harm the current government’s muscular, nationalistic image.

Parth Satam is a journalist who has been covering India’s defence sector for more than a decade. Twitter: @ParthSatam. Views are personal and do not represent the stand of this publication. Source