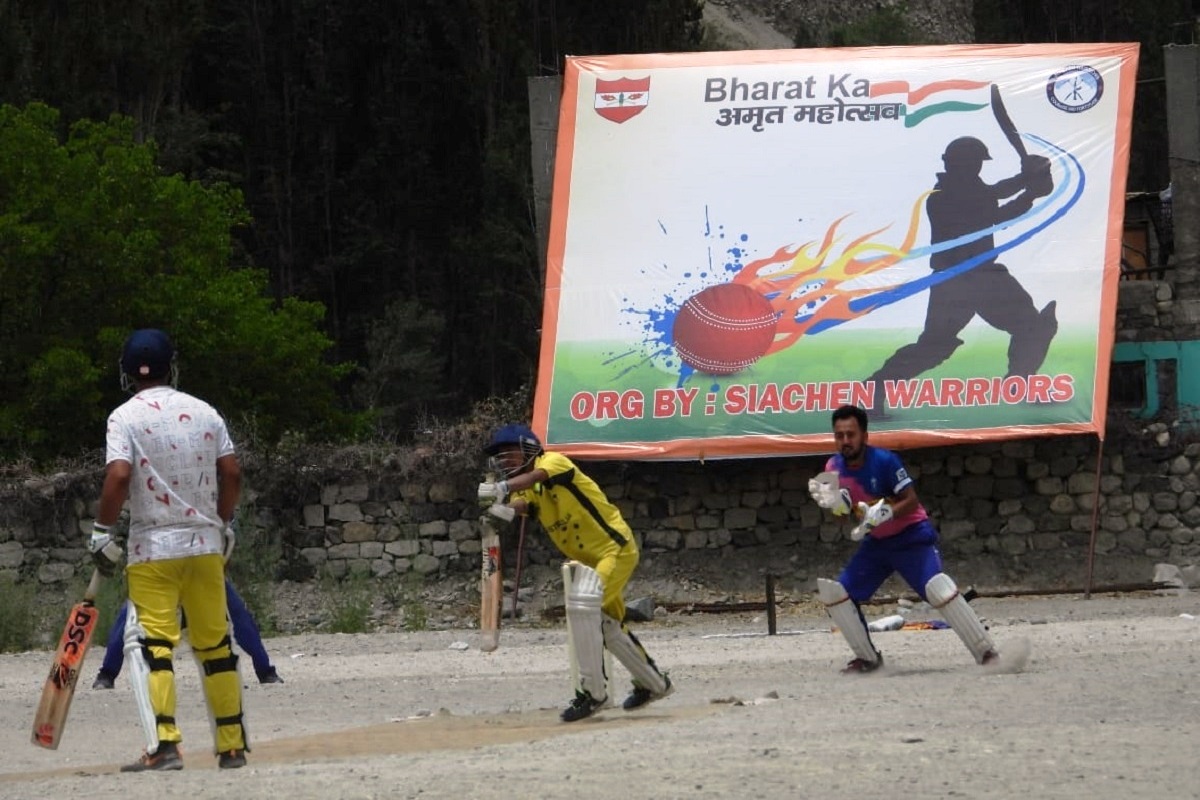 The Indian Army is in a big way celebrating the Golden Jubilee (Swarnim Vijay Varsh) of capturing the strategic 800 sq. kms area of Turtuk, which is the gateway to the Siachen Glacier, from Pakistan in the 1971 war.

The first-ever Siachen Cricket League has been organized by the Ladakh based Fire and Fury Corps of the Army as a part of the ongoing celebrations for commemoration of 50 years of the 1971 war.

According to Colonel Emron Musavi, Srinagar based Defence spokesman, eight teams from the remote Nubra Valley are participating in the tournament. The Siachen Cricket League will encourage local sportsmen to showcase their talent and will strengthen the bonds of friendship between the Indian Army and the citizens of the Nubra region.

It is worth mentioning that the 1971 war is generally related to the creation of Bangladesh by splitting Pakistan, but many people are not aware that during the war the Indian Army captured the four villages, Turtuk, Chalunkha, Dothang and Tyakshi of the Gilgit-Baltistan region that is under illegal control of Pakistan since 1948. This area on the banks of the Shyok River was the spot of the Battle of Turtuk during the 1971 war.

Turtuk is also the northmost village of India.

Turtuk in the Leh district is strategically important in the present day context as it lies along the Line of Control (LoC) with Pakistan occupied Jammu & Kashmir (POJK) and is also in close proximity to the Line of Actual Control (LAC) along with Aksai Chin that is illegally occupied by China which is currently investing heavily for building power projects and road network in the Gilgit-Baltistan region.

Functions are also being organized for celebrating the 22nd Kargil Diwas on 25 and 26 July to mark India’s victory over Pakistan in the 1999 war.

As a prelude to Kargil Vijay Diwas-2021, a drawing competition was organised at Army Goodwill School, Farona by Forever in the Operations Division of the Army.

The event marks the bravery and sacrifices of our valiant soldiers, who fought intruders from across the line of control and ensured the territorial integrity of the nation.

Amidst COVID protocols, a total of 96 children aged between 05 to 14 years from 15 villages of Suru Valley participated in the drawing competition. The event highlighted the commitment of the Indian Army to engage with the young generation of this region and foster the spirit of nationalism.

A Motorcycle Expedition comprising 15 riders was flagged off by Lieutenant General PGK Menon, General Officer Commanding, Fire and Fury Corps, from Leh. The expedition will be crossing the formidable Chang La and Khardung La passes en route at altitudes over 18000 feet covering a total distance of approx 1000 km in its journey from Leh to Daulat Beg Oldie and will culminate at Drass.