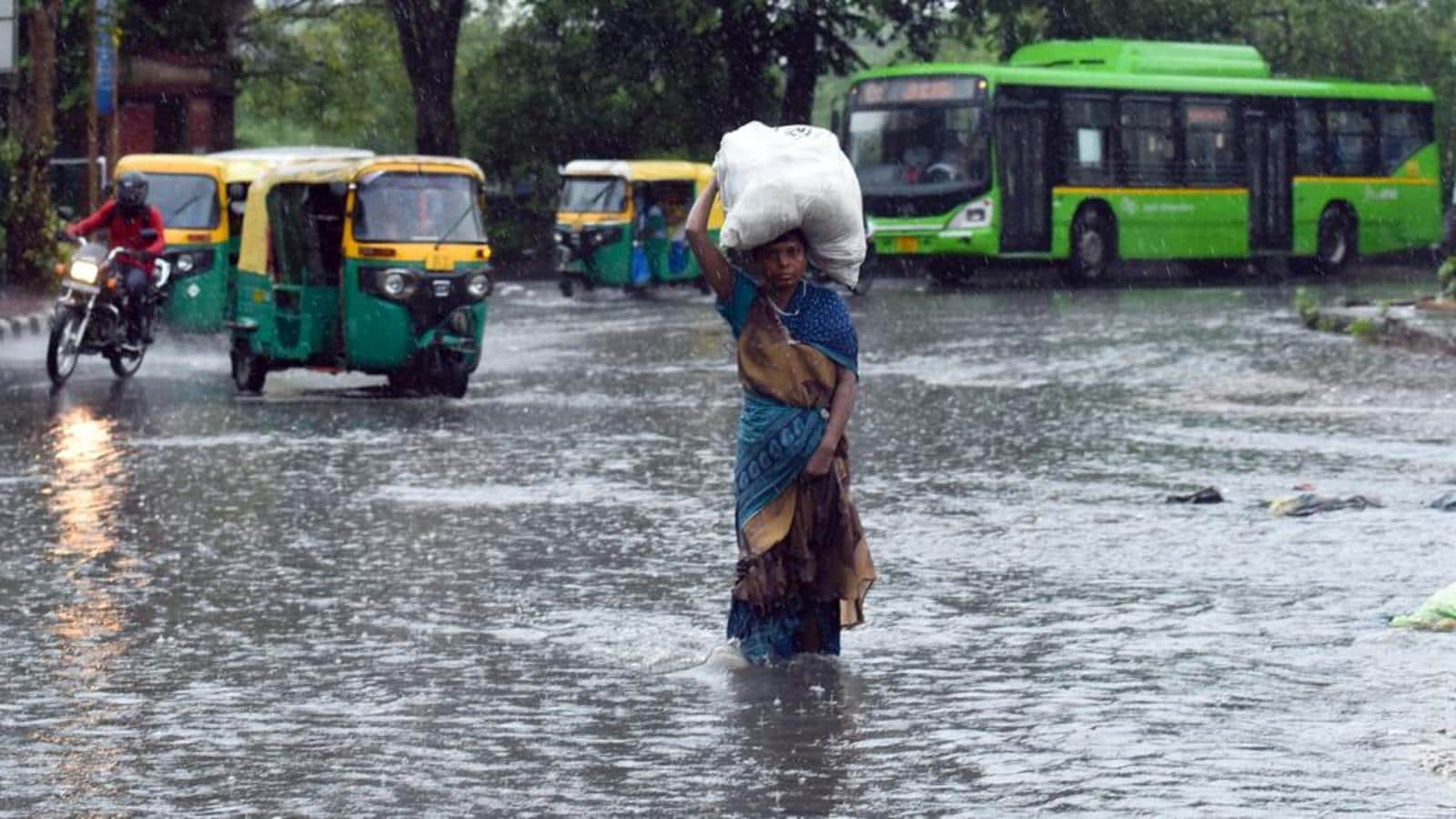 This is mainly because of the western end of the monsoon trough running over parts of northwest India and two cyclonic circulations causing convective activity over the region. Satellite images show dense cloud cover over northwest India. Heavy and widespread rain over the region is likely to continue till Wednesday, according to India Meteorological Department (IMD). The west coast is also receiving intense rainfall mainly because of an offshore trough (area of low pressure) stretching from Maharashtra to Karnataka coast.

Between Sunday and Monday, weather stations that recorded over 7cm rain are: Uran- 45cm; Thane- 28cm; Ulhasnagar- 20cm; Sanpada -24.8cm; Matheran-27 cm; Mormugao and Harnai-19 cm each; Panjim and Ratnagiri-15 each; and Bulsar and Mahabaleshwar-10 each cm all in Maharashtra. In Delhi, Mungespur -10cm, Najafgarh -9cm, Safdarjung -7cm, and Palam -10cm.

“The western end of the monsoon trough is passing close to Delhi. There are also two cyclonic circulations, one over southwest Uttar Pradesh and another over north Pakistan. The combination of these features is bringing widespread and continuous rains here over NW India. Both radar and satellite images are showing convective activity and dense cloud cover over the region stretching from Punjab to north Madhya Pradesh. It’s an intense patch,” said K Sathi Devi, head, national weather forecasting centre.

“There is very strong wind convergence along the west coast and an offshore trough is also affecting the region bringing heavy rains,” she added.

A low pressure area is likely to form over northwest Bay of Bengal around July 23. An offshore trough at mean sea level is running from Maharashtra coast to Karnataka coast. It is likely to persist the next 3-4 days.

Isolated extremely heavy rain is very likely over Jammu division, Himachal Pradesh, Uttarakhand and Haryana on July 19 and heavy to very heavy rainfall on July 20 over the same areas.

Moderate rainfall at most places with isolated intense spells is very likely over Delhi during the next 24 hours.